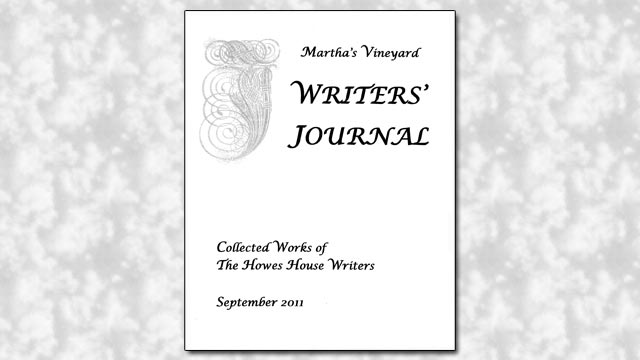 Among the top 10 reasons to love the Vineyard is the manner in which the Island nourishes, supports, and recognizes its artists. In this rich and fertile ground, artistic expression thrives.

The latest example is a slim, unpretentious 36-page collection of writing by The Howes House Writers, a group of 18 who meet for two hours every Tuesday at 10 am at The Howes House, the West Tisbury Up-Island Council on Aging, to share and discuss their work. The group’s journal includes their poetry and short essays — most first-person accounts of meaningful events and personalities.

Piano teacher Charles Blank shares his experience as a child: “Like many only children, I led a life of fantasy. The path was my perfect setting. Once a week, careful not to be observed, I traversed the path like a stage manager making sure that everything was in place for weekend productions. It was then that, completely hidden away from the world, I played out scenes worthy of a great Hollywood film director.”

The writers are as diverse and individual as one would expect to find on the Vineyard. Among them are teachers, corporate leaders, health care professionals, a musician, software engineer, fine artists, and writers.

Judith Miller, who in the 80s was associated with the Bard Institute for Writing and Thinking, describes the aromas and sight of her grandmother cooking and recounts her own aversion to cooked carrots: “I swallowed the tremor in my throat, assuring myself I could dispense with the carrots either by depositing them in my napkin as I wipe it slowly across my mouth, or slipping them unnoticed into my right hand and passing them on to the family cocker, whose wisdom taught her to sit between my brother and me. (Jeff got rid of peas; I got rid of carrots.)”

Shirley W. Mayhew writes about her father, who lived from 1886 to 1976; Dorris Housman, about her friend Dena and the time they were locked in a closet; and Ellie Bates, about the meditative aspect of knitting. Nelson W. Potter’s essay takes on the voice of his dog, Gerry Dean writes about getting obsessed by a national contest that required buying and eating granola bars, and Ann Lees reminisces about her first pregnancy in 1963, when she and her husband lived in London.

Drafts of book chapters are included — from Ed Housman’s book, “The Nature of Information,” and Paul Magid’s book on the early life and career of Civil War General George Cook.

Mr. Magid describes the scene following General Cook’s funeral: “The echoing crack of the rifle fire fades over the hill and the crowd gradually disperses. Some, on their way back to town, will pass by a roomy but unpretentious house standing unfurnished on a ridge not far from the cemetery. Locals among them know it as Crook Crest, the home the General was building for his retirement, but now will never occupy.”

The “Martha’s Vineyard Writers’ Journal” was published with support from a grant from the Martha’s Vineyard Cultural Council. It is more a pamphlet than a book, but however modest the presentation, it reflects ambitious and earnest intention. One imagines what animated and good times the group enjoys together. And the public is invited to participate with them. 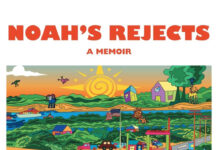