Jefferson Munroe of The Good Farm knew he wanted to farm but the point was really driven home five years ago when he was traveling through Africa and a shaman in Senegal told him that he “wouldn’t be happy until he worked with the land.”

The next year, Mr. Munroe moved to Martha’s Vineyard to run the hostel in West Tisbury. From there he met Doug Brush of Flat Point Farm and the two raised meat chickens together for a season.

In 2009, Island Grown Initiative introduced the Mobile Poultry Processing Trailer (MPPT) to the Island. The MPPT is essentially a mobile slaughterhouse that travels from farm to farm with an experienced team who process meat birds in a safe and humane way. The MPPT made raising and selling meat birds possible for more Islanders by eliminating the cost and hassle of taking the animals off-Island for slaughter.

Mr. Munroe and Mr. Brush operated the MPPT for a few months in 2009. The next year Mr. Munroe left the hostel to pursue dreams — and that Senegalese shaman’s assertion – of working the land.

By spreading the word amongst the farming community that he was looking for land to farm, Mr. Munroe discovered that the Tisbury Meadow Preserve, a Land Bank property, was available. He quickly put together a proposal and was soon ordering his first flock.

The Good Farm, which is an acronym for Gardens of our Descent, was born in the summer of 2010. With the help of volunteers and interns, Mr. Munroe has been raising healthy birds then slaughtering them humanely, giving the Island a truly tasty gift: readily available, local chicken.

Meat birds are slaughtered at seven weeks and Mr. Munroe is constantly replenishing his supply. In the summer he was processing about 175 birds per week, that number has since dropped to 85. Every Thursday he picks up 100 new chicks at the Vineyard Haven post office. But first he moves older chickens to the field and gets the brooder (a small heated enclosure to house baby chicks until they are old enough to survive without the additional heat source) ready for the new ones.

A great deal of a chicken farmer’s time is spent moving feed and pens around, so the birds have a fresh supply of grass, and so their manure is spread evenly. Then there is risk management to account for. During his first season predators weren’t an issue but it was a hot summer, and Mr. Munroe lost some birds to the heat. This summer was more temperate but he had to deal with hungry skunks and raccoons. “It’s a continual learning process,” Mr. Munroe said.

The Good Farm teamed up with Richard Andre of Cleveland Farm in West Tisbury to share information and tips. Mr. Munroe and Mr. Andre buy chickens and feed together and decided resolutely to work together rather than against one another. “We tried to share a booth at the West Tisbury Farmers’ Market, but the association doesn’t allow that,” explains Mr. Munroe. Instead, they set up their booths next to each other and each week rotate. One farmer sells fresh birds while the other sells frozen. The duo have also partnered for a holiday venture, Thanksgiving turkeys.

The poults (official term for baby turkeys) arrived in July and will be slaughtered the week of Thanksgiving (Thursday, Nov. 24). “Turkeys are a totally different bird,” said Mr. Munroe. “Managing them is different than with chickens, and their instincts don’t always equate to a structured environment.” Which is just a nicer way of saying that they aren’t the brightest of animals. What they lack in intelligence is made up for in amusement. Mr. Munroe laughs at the image of little toms (males) puffing out their chests and strutting around their pen. Big ego, little animal.

To reserve your Thanksgiving turkey, email Mr. Munroe at thegoodfarmmv@gmail.com or call 714-785-0112. Birds in the range from 12-20 lbs. will be available for pick-up at Cronig’s and at the Winter Farmers Market at the Agricultural Hall in West Tisbury on the Saturday before Thanksgiving.

The Good Farm chickens have appeared on the menu at State Road Restaurant, The Scottish Bakehouse, 7a Foods, Sidecar, The Sweet Life Cafe, The Home Port, and the ArtCliff Diner. Mr. Jefferson sells whole birds outside The Scottish Bakehouse on Thursday evenings from 5 to 7 pm, where he would be happy to chat about meat birds and maybe share a recipe idea. Whole and quartered birds are available for sale at Cronig’s.

While he enjoys the beauty of the Tisbury Meadow Preserve, the space is admittedly less than ideal with its steep hills and “phenomenal amounts of poison ivy.” And because he sees his farm expanding, Mr. Munroe is always on the lookout for more land to farm. “I’d like to grow perennial vegetables and raise pigs, maybe goats, we’ll see. And we’ll get there,” Mr. Munroe said, not smugly, but confidently. Looks like that Senegalese shaman knew what he was talking about.

On Sunday, Oct. 16, the second annual Martha’s Vineyard Local Wild Food Challenge will be held at the Martha’s Vineyard Rod and Gun Club in Edgartown. The challenge is to create a dish using at least one wild ingredient. Chef Bill Manson created the Local Wild Food Challenge last year, and has hosted events in New Zealand and Finland. Mr. Manson, along with Kevin Crowell of Détente and last year’s winner Dan Sauer of 7a Foods, will judge dishes based on ingredient, effort, taste, and presentation. There will be an opportunity to heat your dish and assemble finishing touches but your dish should be pretty close to ready when you arrive. With $5,000 in prizes to be given away, this is an excellent opportunity to show off your hunting, gathering, fishing, and cooking skills. 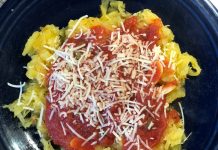 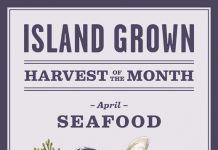