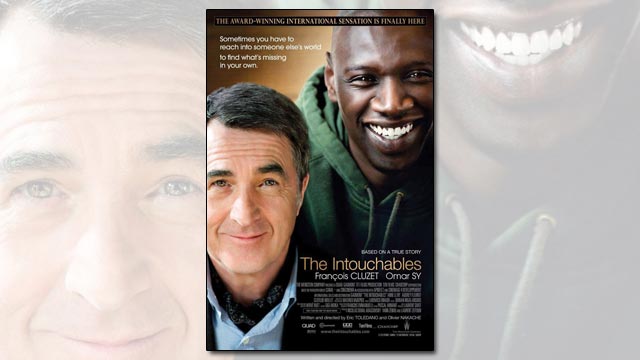 “Elena:” A clash of classes in modern Russia

“Elena” begins with what seems like an extended still shot looking into an apartment through bare branches. Then you notice a branch barely move and you hear crows caw. More seconds pass and a crow you didn’t notice on the tree turns its head and shortly is joined by another crow.

As the morning lights the interior of this austerely beautiful apartment, the mundane noises of life outside filter in: a dog barks, a siren drifts in the distance. You don’t have to know that Russian folklore has a witch’s spirit capable of assuming a crow’s shape to feel that something ominous is in the air.

So Elena’s day starts, in a separate bed from her wealthy husband, and their morning routine has them choreographed in barely intersecting orbits. She’s a former nurse who met Vladimir in the hospital and, seeing a good catch, married up. To call her stuck in a loveless marriage would imply she actually feels stuck: she’s beyond that, numbed into a virtual servitude by Vladimir’s autocratic airs and his unwillingness to share his money with her do-nothing son, Sergei, and his family to make things easier for them. “He (Sergei) is in a situation right now,” she says. “His whole life is one big ‘situation’,” Vladimir responds.

As Elena, masterfully underacted by Nadeshda Markina, strives to free up funds for her grandson’s college plans (which would keep him out of the army), Vladimir’s daughter re-enters the dysfunctional family portrait when he lands in the hospital again with a heart attack. Much of this movie’s strength comes from the two-edged nature of all the relationships, and when pampered Katya begins to reconcile with her father, that just builds Elena’s resentment and desperation.

Here is a director confidently willing for his film to mimic real time, and allow extended shots to build tension with no forced influences. People drive cars and wait for elevators as though something’s going to happen to their lives. The music, by Philip Glass, is appropriately minimal and used sparingly. In fact, the natural ambience of the sounds of life just remind the viewer how much is going on outside these characters and how drearily little is going on inside. This is accentuated by playing the characters’ lives against what they watch on TV: truly inane talk shows about sausage preferences, for example.

In post-Soviet Russia, the don’t-haves have it rough. Elena’s son’s family lives in a graffiti-riddled apartment complex with young toughs hanging around; boys whose allure will be more powerful, it seems, than any college chums for Elena’s grandson. Elena bridges these two worlds, but the currents under her will suck her into a plan that, while providing a solution, doesn’t give her peace. It’s like an crueler version of “The Gift of the Magi” where you fix someone’s problems only to become enmeshed in them. And when we last see the apartment through the same bare branches, the crow is not there. The evil’s done, but there’s still no better life inside.

The main actors are uniformly excellent, restrained by the director’s thematic purity — life is elsewhere, he seems to be saying. Even the evil is passionless and the grieving done at the funeral home is a perfect blend of tears and wariness that the right amount of emotion is being shown to others.

“Elena” won the 2011 Un Certain Regard Jury Prize at Cannes Film Fest, which honors innovative cinematic perspective. The director has said that the original theme was apocalyptic. We see vestiges of that in the shots that, for example, have nuclear cooling towers hovering in the background. And while “Elena” may not take us to the end of the world, it certainly feels like we were given an address.

Note: Zvyagintsey directed “The Return” (2003) which is well worth viewing.

“The Intouchables” has become one of the most successful French films of all time, voted the cultural event of 2011 by over half the people. Based on a true story, it covers the improbable friendship that develops between Philippe, a wealthy white quadrapelic injured in a hang-gliding accident, and Driss, a Senegalese ex-thief who gets the job as full-time caregiver. When warned by his friend about hiring Driss (“These street guys have no pity”), Phillippe says, “That’s what I want – no pity.”

The chemistry between the two (Omar Sy as Driss won a Cesar Award for best actor) takes this film into the magical realm. It’s a drama with plenty of humor, making good use of the physical disparity between the burly Driss and the frail Philippe. Driss races his charge in the wheelchair to beat two Segway riders; he holds Philippe off the floor and dances him around. The life force gains a foothold, despite the odds, and Philippe even summons the courage to address a relationship with a woman that previously existed only through letters.