While work is under way on the long-range plan to move the Martha’s Vineyard Museum to the old Marine Hospital in Vineyard Haven, business as usual is the name of the game at the current location in Edgartown.

Or, rather, more business than usual, as a summer full of activity is planned for this year. The museum has added some new attractions and is hosting a record number of events, expanding their kids programming, incorporating interactive elements in displays, and forming new collaborations with a number of Island organizations. All these initiatives are aimed at making local history as accessible as possible and even more family friendly — this summer and going forward.

At the museum’s annual Summer Opening Reception on June 15, the staff will introduce its latest addition — an interactive history lab for kids and families.

“We’re trying to develop some activities that connect with different parts of our history and also connect with our exhibits,” said education director Nancy Cole. “Often museums are ‘look, don’t touch.’ The history lab will let people use various senses to experience things.”

Among the hands-on exhibits will be stations where people can try out rug braiding, embroidery, quilt design, boat seam caulking, and decoy making. There will be opportunities to try out toys and games from the past. One area will spotlight Wampanoag crafts, including a step-by-step model for a stone spear point.

A large map spotlighting the Island’s lighthouses will feature sensory components. “People can open a little door at the bottom for each lighthouse and some interesting things will happen,” Ms. Cole said.

“We’re focusing on letting people touch and try and hear,” she continued. “Hopefully this will interest them in what life was like in the past.”

Ms. Cole noted that staff members have visited other museums around the country gathering ideas in an effort to keep up with the interactive trend of recent years. “We want people to like museums,” she said. “We want families to talk to each other.”

The opening party will also be the scene of the announcement of the winners of the Island Faces Portrait Contest. A panel of judges will award cash prizes to three artists among the top 19 chosen, all of which will be on display at the Museum. There is still time to vote online for the People’s Choice category, and the winner of this honor will be on display at Featherstone Center for the Arts in the fall. All of the almost 60 artists who submitted portraits are invited to be part of the Featherstone show.

Entertainment for the opening party will be provided by Shakespeare for the Masses, who will perform a scene from one of the works of the Bard. This summer, the group will present a couple of complete, albeit condensed, productions at the Edgartown lighthouse in collaboration with the museum.

Also during July and August, The Vineyard Playhouse will present a series of plays based on Island historical events.

These theatrical offerings are among a full roster of special events hosted by the museum this year. There will be a special screening of a full-length feature film of “Othello,” which was shot entirely on the Island with an all African-American cast during the 1960s, 70s, and 80s. No fewer than seven local authors will be hosting book talks and half a dozen lectures are scheduled.

This Saturday, June 9, the museum, along with the M.V. Chamber of Commerce and The Trustees of Reservations hosts the fifth annual Lighthouse Challenge. For the second year in a row the museum will host a walking tour of historic homes of Vineyard Haven. This year’s walk on June 23 features a new lineup of homes.

In July there will be a special event featuring Vineyard sailor ballads; a retrospective of Stan Murphy’s artwork; and an open house at the Marine hospital. The museum will display a collection of “Jaws” memorabilia during the four-day Jaws Fest in August.

The museum’s activities continue through September with a smattering of special events. Afternoon children’s programming for the summer has also increased from one day a week to three days (Tuesday through Thursday). This year’s themes include Sailing, Whaling, and Exploring; Flashback to the Fair; and Where the Sea Meets the Land.

Rainy days may not be all that disappointing this year thanks to the museum’s full summer schedule of events and activities.

Learn more about the museum’s upcoming events and take a free guided tour of the current exhibitions at the Summer Kick-off event today, Thursday, June 7, at the M.V. Museum in Edgartown, from 3–4 pm. Refreshments. Free.

June 7, 12 noon: This story has been revised. An earlier version of this story incorrectly reported that all participating artists are included in the Museum’s exhibit opening. Only the top 19 portraits will be shown there. All artists are invited to participate at the Featherstone portrait show in October. 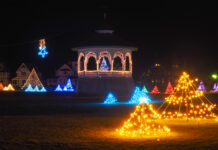 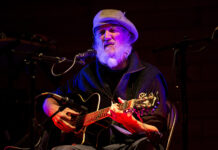 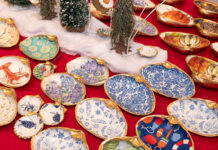