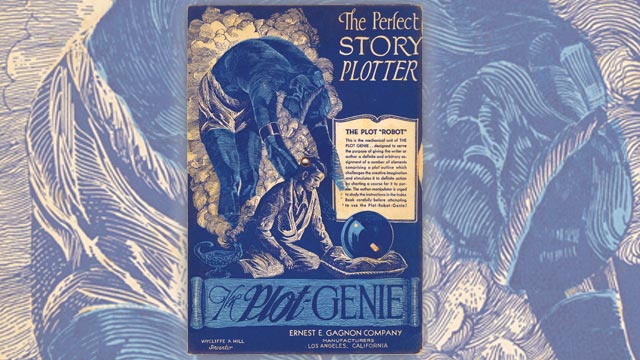 The other side of the reading coin is writing. Readers often imagine themselves as writers. If they are reading something that does not imprison their attention, their thoughts wander, they wonder, Could I be the next John Grisham, the next Dennis Lehane, the next William Styron, the next Virginia Woolf, Zadie Smith, or Katie Roiphe? If they are reading something exquisite in its soul capturing authority, when it’s done, they wonder, Could I ever write something so riveting, so meaningful? Could I make it to the top of the bestseller list in the other Times.

Sadly, the answer is, probably, Don’t be ridiculous.

But, in my bookshelves, among an accumulation of old middle school, high school, and college yearbooks and baby books, there is something that might help. It’s a legacy from my long dead father, who had a writing career in mind before he went to work for Goodyear Tire and Rubber. The beginnings of his stories, along with letters from England where he served as a cryptographer in the Army Air Corps during World War II, all written in his stylish, graceful hand were in a small, fragrant, red cedar box, stored in the back of a closet under the eaves in the bedroom he and my mother shared. The letters were finished, the stories were not. But, there was also the well worn Plot Genie, a practical guide to plotting the story you want to write, complete with a wheel that allows you to move the composition along by unerringly matching a character with a location, to a murder weapon, to a motive. You have to fill in vast blanks, to be sure, but it’s a leg up.

That wheel might give you the wrong idea. I mean, the idea of spinning a wheel to select motive 27, with character 19, and scene 42, may have the aroma of a hoax about it, or a parlor game, but it was serious business when it was copyrighted in 1931. The book was copyrighted and invented, not written, according to Listology. The inventor was Wycliffe A. Hill. Ernest A. Gagnon published it. My copy was published in 1935. Mr. Hill explained that The Plot Genie “is the result of sixteen years of effort to perfect a formula, and a means of its application, which would enable student writers to inject plots into their stories.” There are nine general categories of plots. There is absolutely no similarity between the plot genie and Clue, where the butler did it with a poker.

I’ve no idea whether my father took it seriously and used it to organize the plots of his unfinished manuscripts. I have turned to it in desperation at times, but to no avail. I’m embarrassed to admit that I have wondered if, someday, what I am sure was a small print run and a trifling notoriety would lead to a reward in a rare book auction. After all, you can’t find it at Amazon.

Mr. Gagnon is hardly modest describing the utility of The Plot Genie. “I sincerely share the opinion of other publishers who have expressed themselves as believing that this invention of the Plot Genie will have a definite bearing on the character of story plots around which much of our future fiction and drama will be built, to the end that stories in general will be improved in merit because they will be better plotted. I further feel that such a scientific system as is applied to the building of dramatic plots with this method is distinctly in line with the modern trend in all things toward efficiency and economy of effort.” Mercifully, he was wrong on all counts.

That trend he wrote about in 1931 has obviously petered out, efficiency and economy of effort having given way to shameless, extravagant, egocentric wallowing, but modern egoists will not regress.

To those of you who feel a bitter smirk coming on as you read this, the inventor, Mr. Hill, developed his Plot Robot, as he called it, out of the most common stimulus known to would be writers, to wit, a rejection notice. “Sixteen years ago,” he writes, “I was started on a rampant search in an effort to track the thing called ‘Plot’ to its lair when the famous motion picture director and producer, Cecil B. De Mille, rejected one of my pet stories with the kindly criticism that ‘although an interesting narrative, it contains no dramatic plot.'”

I do not hesitate to propose that if Mr. Hill and Mr. De Mille were somehow to be combined into one aspiring novelist, we would need to beg God to spare us.

Mr. Hill plotted his own comeback with The Plot Genie. I may have misled you earlier by suggesting that the plotting device that accompanies the book considers only a few fictional considerations. That’s not the case, and in fact, Mr. Hill’s formula is amazingly complete. It lists and classifies basic dramatic situations, describes dramatic plot building, and gives examples of plot outlines and a complete plotted story, developed from the efficient mindlessness of the genie. There are lists of locales, usual and unusual male and female characters, fictional problems, obstacles to love, complications to thicken the stew, predicaments to challenge the characters, crises, climaxes and surprise twists.

One begins with three turns of the wheel on the genie. That will give you a locale or atmosphere. Then, three more turns and you’ll have the first character, three more and the beloved. Each of the results is a number on the genie’s wheel, and each number refers to a list in the pages of The Plot Genie. “The object,” Mr. Gagnon explains, “is to have the mechanical device select a series of nine numbers which call for the requisite plot elements, one from each of the nine lists in the book.”

A few revolutions of the genie’s wheel could yield — as one example does — a story Mr. Hill says he sold to movie studios, but perhaps not to Mr. De Mille. The story is about Elwood Parker, the elderly publisher; Keith Durant, the wealthy sportsman; Zenda, an old mystic; Pamela Wynne, daughter of the mystic; George Barry, a moonshine king; Anna Meggs, a farmer’s wife; and Dulcy, the Redbone girl. The collision of these characters creates a detective story, whose motivation is a $100,000 reward that the federal government is offering for information about bootlegging operations that market alcohol for sale in Chicago. The action is a hunting trip and a detective story, set in the hills of Kentucky. Never heard of the movie made from this plot? Nor have I. By the way, in the end Pamela and Keith get the reward and fall in love.

Looking through The Plot Genie’s faded, mildewed pages the other day, I was surprised to find on an end paper some faint writing in a hand I dimly recognize as my own. There’s a list of numbers for locale, love, beloved, problem, climax, and so on. Barely legible after so many years, I can make out a few lines. “The mystic’s daughter tells him that the publisher is a frequent visitor to the restaurant. She is overheard telling him, and the gang leader attacks them. After a furious battle, he overcomes the enemy and delivers him to the police.”

And there, the story ends.