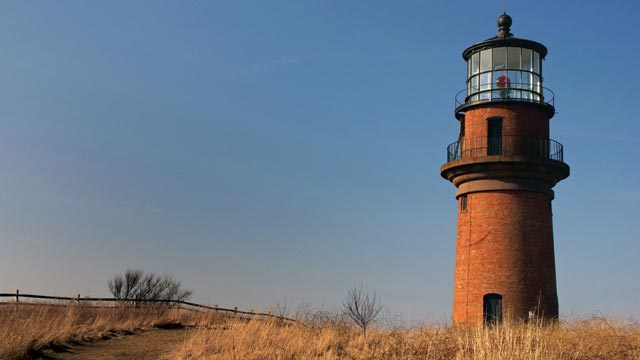 Patrick is asking the Supreme Judicial Court to affirm a 1983 land settlement between the Commonwealth and the Wampanoag Tribe of Gay Head in which the state contends the tribe forfeited its right to tribal gaming on the island.

The Aquinnah Wampanoag last month released an opinion sought by the tribe from the National Indian Gaming Commission that found the tribe had rights to operate a gaming facility on its tribal land on Martha’s Vineyard without a license from the state.

Citing that opinion, the tribe announced plans for a temporary gaming parlor as soon as possible on the site of an unfinished community center in Aquinnah, and said it would petition the Patrick administration to open gaming compact negotiations for a full-scale casino on the island.

Outgoing Aquinnah Wampanoag Chairwoman Cheryl Andrews-Maltais said at the time, “We want to start immediately and grow to expand in a way that meets our needs. We’re not going to get ahead of ourselves,” calling it “not a matter of years but a matter of months” before the small gaming parlor could open.

A tribe spokeswoman said Andrews-Maltais and the tribe did not have an immediate comment on the lawsuit.

The Patrick administration says it disagrees with the NIGC’s opinion that the Indian Gaming Regulatory Act that sanctions gambling on tribal lands should supercede the agreement struck by the tribe in the early 1980s and ratified by Congress in exchange for 400 acres on Gay Head.

“We have a good faith difference of legal opinion and that’s what the courts are there for, to sort that out, so we’re pursuing that process,” Patrick said Monday, after attending the holiday lighting of the State House Menorah.Patrick said, “It’s not about a negotiation, it’s about whether they do or they do not have a legal right to gaming and the courts have to sort that out. And you know, we’re going to do that respectfully, but there’s a process for it and that’s the process we’re pursuing.”

The state’s 2011 expanded gaming law authorized up to three licenses for resort casinos in Massachusetts, with a directive for the Patrick administration to negotiate gaming compacts with federally recognized Native American tribes.

Patrick negotiated a compact with the Mashpee Wampanoag tribe, which is seeking to build a casino in Taunton, but refused to negotiate with the Aquinnah Wampanoag.

The Patrick administration contends that the Aquinnah Wampanoag tribe is free to compete for a commercial gaming license under the strictures of the casino law, but forfeited its rights to tribal gaming when it signed the land settlement.

The settlement agreement was signed by tribal leadership in 1983 and was ratified by the state Legislature in 1985 and by Congress in 1987. According to the complaint filed on Monday, the settlement included an agreement that “any Indian tribe or entity in the Town of Gay Head, Massachusetts, shall be subject to the civil and criminal laws, ordinances and jurisdiction of the Commonwealth of Massachusetts….”

The administration also argues in the complaint that there was no provision in federal law that would exempt the tribe from the provisions of the 1983 settlement.

The federal settlement act ratified by Congress to affirm the Gay Head tribe’s claim to 400 acres on Martha’s Vineyard also included language subjecting the land to the laws of the state “including those laws and regulations which prohibit or regulate the conduct of bingo or any other game of chance.”