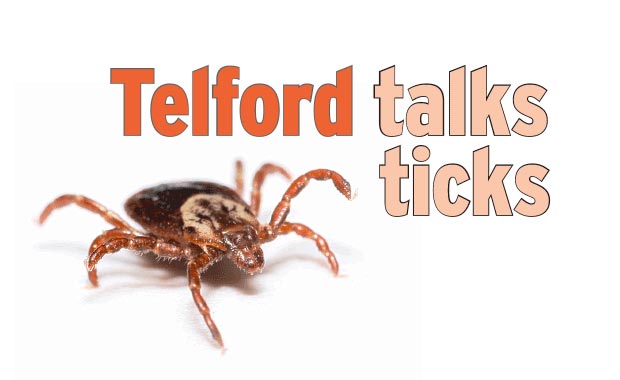 “Back in the day, tick bites were more of an annoyance but now a bite is much more likely to make you sick. The newspapers are increasingly writing about an ever-increasing list of disease-causing microbes transmitted by ticks. Is this due to more and more ticks or just that we are better able to recognize diseases?”

Ticks are “dirty,” but they would probably consider us dirty too. We have known since the late 1990s that deer ticks in Massachusetts contain at least four pathogens (those causing Lyme disease, babesiosis, ehrlichiosis/anaplasmosis, and encephalitis). But every living animal contains microbes, the vast majority of which comprise normal “flora.” Your mouth contains several dozen bacteria, and at least half a dozen of these can cause human disease. Normal flora typically does not cause disease…hence usually no hazard from deep kissing unless someone has just eaten a ghost pepper…but under certain circumstances such as aging, immune compromise, or accidentally being introduced into a new site (e.g., oral bacteria into the bloodstream) will do so.

The tricky part for epidemiologists is to actually prove that a microbe is the cause of the signs and symptoms under consideration, and how frequently it does so. So there is nothing novel about ticks containing multiple pathogens. What has changed is our capacity to identify microbial agents using powerful new DNA or RNA technologies. Often, we are able to do in an afternoon what would have taken weeks to do, if at all. We are way more interested in ticks; prior to the description of the first Lyme disease cases in the mid 1970s, there were maybe a dozen laboratories working on ticks globally, mostly on problems of cattle or other animals of economic importance. Now, in New England alone, there may be more than a dozen “tick labs.” The new diagnostic technologies also help physicians determine the cause of cases that they simply would have put down as “fever of unknown origin” and never given another thought.

Visit the MV Tick Borne Disease Initiative website, sponsored by the Island-wide boards of health (www.mvboh.org) for tips on prevention.