Tom Shelby, who has trained dogs and their owners on Martha’s Vineyard and in New York City, answers readers’ questions about their problematic pooches. This week, the Dogfather counsels the owners of a noisy new puppy and Tyler, who’s moving his pooches to VH.

Thanks to your advice, Angus and his little sister Frankie (who came home to us a few weeks ago) are best buds. They play rough, snuggle in Angus’s crate, and pal around all day. Frankie is more vocal than Angus when they play and walk around. For instance, she will “complain” and sounds as if she’s walking begrudgingly while trying to keep up with her pack, or growl and yip during play. Should we be discouraging this vocal behavior? Or keep letting her express herself?

Delighted to hear how well things are going with Angus and Frankie. I refer to dogs that bark too much as their being overly verbal. That usually refers to dogs that bark for attention, or at the window when someone has the audacity to walk by your house. Then there are the dogs that give the driver acoustic trauma when seeing anything while driving in the car, or the hapless barkers who suffer from separation anxiety when left alone. These being some of the examples of overly verbal canines, I don’t think they apply to Frankie. From what you described it sounds to me like play excitement barking. Paula, my poodle, will sometimes jump straight up and bark on the sighting of another dog, basically saying, “Oh boy, a possible romp with one of my own kind!”

When dogs play, they chase each other and play fight, and as often as not they verbalize when playing. My Doberman, Michelle, had a best friend, a German Shepherd named Daisy. They played often and sounded like two lions fighting to the death. When Michelle had a tug of war with a rope toy with my other dog Tri, it was a 90-pound Doberman against a 17-pound Cavalier King Charles Spaniel. She could have easily ripped it out of Tri’s mouth, but didn’t because she enjoyed the game, and you should have heard the decibel level of the growling coming from both of them.

Alex, if you tried to stop the verbalizing while she’s playing, Frankie would probably relate your correction to her playing, not her growling. Playing, to her — as with many other dogs — includes growling.

However, I’m a little confused when you mentioned that she “will complain and sounds like she’s walking begrudgingly while trying to keep up with her pack.” That almost sounds like she’s experiencing some physical discomfort while walking. You might want to keep an eye on that.

As I’ve said before, the best you can do to have dogs get along is interfere as little as possible, let them work it out.

I will be moving from Oak Bluffs to Vineyard Haven at the end of the month. I have two dogs. Will this be stressful to them,and if so, how do I lessen the stress?

I read somewhere years ago that moving ranked with death and divorce in terms of trauma. That of course pertained to humans as the article went on to explain that a large percentage of people have to move because of something catastrophic such as a job loss or cancer diagnosis. Countless times I’ve heard, “My dog’s behavior is regressing; she started destructive chewing again like when she was a puppy, or peeing in the house,” or whatever, for no reason at all.

But there’s always a reason, and it’s my job to find out what’s causing the dog’s aberrant behavior. Dogs are very aware and sensitive to the vibe of the household. The sadness of a wife whose husband passes away may create enough anxiety in the family dog to cause it to start nervously chewing on furniture.

So if you have to move because of a catastrophic change in your life, your dog is likely to be depressed or a basket case before you even move. Now add to that the fact that your dog can’t even conceive of the concept of “moving.” What the dog will perceive is the disassembling of her den, of her sanctuary, with no understanding of “why.”

When my wife Jaye and I decided to move to MV to retire it was all good. Yet Jaye cried for most of the 5 hour drive from NY just because of the trauma of the momentous change in our lives, leaving our beautiful house we had lived in for 30 years and being so far away from our children, friends and familiar environs.

So Tyler, even assuming that your move is positive, all your dogs see is your stress from the actual mundane hassles of moving all your stuff,  and their comfortable home being obliterated.

So what to do? If possible, before you move, bring the dogs to the new house, making sure they’re hungry, and feed them there. Play with them there. Walk them in their new neighborhood. Do this as often as you can. If you can’t actually get into the house, then familiarize them with the area around the house as much as possible. And when you do move make sure that their beds and bowls and toys are in the new digs immediately, not in a storage facility to be picked up later. 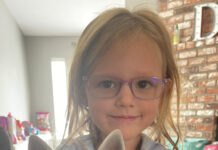