A one-room schoolhouse was kept in Lambert’s Cove since before 1831. One of its teachers during the 1870s was pastor’s daughter Maria Gurney, said to have been only 16 or 17 at the time she began teaching. By 1898 the school of 14 students was led by Mrs. Lizzie Look, who was paid a salary of $315, and later went on to teach third grade at Tisbury School. The school’s bell was said to have been salvaged from the ill-fated steamer City of Columbus, lost in a tragic disaster off Gay Head in 1884.

The Cove School was one of three public schools in West Tisbury, the others being West Tisbury Center or Village School, and Locust Grove school. In December 1920, the teacher quit and no replacement could be found, so the pupils were thereafter transported to the village. Located across the road from the Lambert’s Cove Church, the former schoolhouse was eventually taken apart and moved in sections to Vineyard Haven, where it where it was remodeled into a private home. 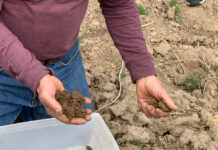