The new sinks are installed, most of the cabinets are hung, and the Wolf cooktop, Viking double oven, and Frigidaire refrigerator sit gleaming and untouched. It could pass for a restaurant kitchen, except for the stanchions above that will support the lighting and the cameras that will record the new cooking shows on Martha’s Vineyard Community Television (MVTV).
And who will host the new shows?

“Anybody who wants to,” Stephen Warriner, executive director of MVTV, said in a recent interview, stepping over a stack of two-by-fours. “We want people with a passion for cooking. Not just professional chefs.”

This is the ethos at MVTV — television for Islanders, about Islanders, and cooked up by Islanders, broadcast 24 hours a day, seven days a week.

“We produced about 650 shows last year, including sports,” Mr. Warriner said. “We shoot about 800 hours of government [meetings] each year.”

MVTV broadcasts over three channels — Channel 13 is public access, where private citizens and organizations can broadcast almost any content they want; Channel 14 is education and high school sports; and Channel 15 is gavel-to-gavel coverage of local government meetings.

For a $25 annual membership fee, any Islander can access the $1.3 million studio and the guidance of a full-time staff to create a show for the public access channel. Membership is free for Island students and teachers.

“If you don’t have the 25 bucks, I’ll waive the fee,” Mr. Warriner said. “I don’t want it to be an obstruction to bringing people in. If you have an idea for a program that’s a half-hour or less, we will engineer the whole thing for you, as long as it’s not slanderous or pornographic.”

Currently, the most popular programs on Channel 13 are Bodhi Path and church services. The Banana Connection, a show devoted to the Brazilian audience, is also very popular.

“One of our most popular shows was The Water People,” Mr. Warriner said, grinning. “It was two really old hippies. The guy had a long beard and the woman was wearing a robe and no underwear, and they’d sit on a famous spring in Canada and talk, and for some reason it really resonated with our audience.”

In the studio control room, director of operations Carl Holt sits at a sleek console with a large high-definition monitor that displays four different camera feeds from the talk show being filmed on the stage next door. Mr. Holt is showing a student how to work the “switcher,” which, as the name implies, switches the point of view between four cameras. The talk show host can also control the cameras during the show with the click of an iPad. The green-screen wall behind the host and her two guests projects an idyllic up-Island summer scene in vivid detail. Green-screen technology unleashes myriad creative possibilities, and even has 3D capability. “You can be chasing the monster or you can be running away from a much bigger monster; it’s up to your imagination,” Mr. Warriner said. “The kids love it when we make them fly like Superman.”

Comcast, and before it, Adelphia, operates on Martha’s Vineyard under the terms of a franchise agreement signed with the six Island towns. Cable companies are required by law to provide PEG (public, education, and government) access.

A group of Vineyarders who understood the potential in PEG access created MVTV. Adelphia was happy to pass on the responsibility.
“When we started we had to do a lot of improvising, building things for pennies on the dollar,” Mr. Warriner said. “Charlie Burnham and I built a $30,000 server for $3,000. When Adelphia was here, they pretty much did the minimum — basically one camera and a tape deck. When Comcast took over, they were happy that a group took over so it was off their hands. They’ve been great to work with.”

In July 2013, almost 10 years to the day after it began broadcasting out of its cramped studio at the high school, MVTV began broadcasting from a new 4,000-square-foot facility on Edgartown–Vineyard Haven Road. Except for a year-and-a-half break, Mr. Warriner has been at the helm the entire time.

Per the most recent 10-year deal between MVTV and Comcast, the operating budget is financed by 5 percent of the annual revenue from Island cable subscriptions and some advertising revenue. In addition to paying for operating costs, the $450,000 budget covers four full-time salaries and freelance videographers.

Government oversight
There are more than 2,500 video on demand (VOD) programs available on the MVTV web site. So far in 2015, the web site averages a little over 1,300 VOD views a month. While there’s no breakdown of what people are viewing, Mr. Warriner is confident that the vast majority are government meetings.

“Our freelance videographers cover government meetings, gavel to gavel,” Mr. Warriner said. “Some meetings are 20 minutes, and some are 3½ hours,” he said, adding that the longer meetings are usually the domain of the Martha’s Vineyard Commission (MVC).

“In the early days there were a lot of flubs, cameras rolling after the gavel, things that got aired,” he said. “Sometimes before the gavel went down, you’d hear some things said that should have stayed behind the scenes.”

Mr. Warriner said MVTV will also broadcast video of government meetings that are filmed by citizen videographers, “but if there’s a close-up of a public official picking his nose, we won’t air it, because we control this channel. That said, they could air it on Channel 13, public access. The person could be sued for slander, but that’s not our problem,” he said, laughing.

The contract people sign with MVTV that allows the station to broadcast their shows also states that the producer is legally liable for the content.
“There have only been a few minor disputes which were easily resolved,” Mr. Warriner said, knocking on wood.

Per its mandate to serve the public, MVTV goes to great lengths to accommodate its members. “Chilmark wanted us to cover the meetings about the [Squibnocket] parking lot,” Mr. Warriner said. “That’s not part of our gig, so I bought them an iPad and I put it on a mike stand and got a piece of software that we can use. It automatically goes final transfer protocol [FTP] to a cloud that we have, and we download it, tweak the audio, and put it on.”

Government meetings are the only events covered by MVTV staff. “We tried to do community coverage, but we got calls the day before the event, and people wanted to direct, and it got to be so unruly that we had to stop,” Mr. Warriner said. “But if a member wants to use our cameras to shoot a meeting, we’re all for it. If someone wants to teach a class, we’ll give them all the equipment they need. You bring the idea, we help make it happen.”

“We have nine cameras, recording systems, computers for editing; we got you covered,” Michelle Vivian, instructor and MVTV access coordinator, said. “If someone wants to take a camera on location and film, they have to take the camera class. If they want to take a laptop home in order to edit, they have to take the editing class. With Final Cut Pro they’re editing their own footage in a few days.”

MVTV also has a mobile production trailer for remote shooting. “We use it at the film festival and things of that nature,” Mr. Warriner said. “We used to camp out at the Ag Fair and do ‘man on the street interviews,’ and cover the tractor pulls, woodsman contests, the skillet toss, all that fun stuff, but fair officials thought the broadcast might cut into the live audience, so we don’t do it anymore, which is too bad. Kids loved checking out the trailer.”

“We train members to use the production trailer so they can do it themselves, just like we do with all of our equipment,” Ms. Vivian said. “If Battle in the Bluffs wants me to bring the trailer, I’ll train their people and they’ll do the production, and I’d be there to help if they need me.” Although MVTV doesn’t presently cover Martha’s Vineyard Sharks baseball games, Ms. Vivian said if an aspiring sportscaster asks to broadcast the Sharks games with MVTV equipment, and he or she presents a sound plan, the production trailer will be available, provided the Sharks sign off on the idea.

Ms. Vivian teaches a full slate of classes at the MVTV studio. She also mentors people one-on-one. “If someone says ‘I have a comedy show and I really want to do in the studio,’ I’ll say ‘OK, take the orientation, take the introduction to studio class, and then maybe a writing class,” she said. “I try to get people to focus on the story and not to get too caught up in the technical stuff. These are just tools to help tell your story.”

Ms. Vivian also goes into the Island schools to teach the students, and to teach the teachers how to teach the students. “I take every class I teach here on the road with me,” she said. “Chilmark School wanted the kids to do a documentary about the colonization of America. I went there once a week for five weeks. I taught them how to write it, how to shoot it, and helped them make costumes. We even got into copyright issues. I tell them, ‘Just because it’s on Google doesn’t mean you can have it.’ I’m also a musician, so I can teach them to write their own theme song.” Ms. Vivian said she’s taught in every Island school except the Oak Bluffs School.

“High school classes come over here, I show them these awesome cameras, and I show how to use them,” she said. “I teach them how to switch, how to be onstage, how to be a floor director, how to work the teleprompter, how to direct. Everybody likes to direct,” she said laughing.

Ms. Vivian said internships are available at MVTV this summer. “They’re project-based, so they learn all that goes into making a show,” she said. “They also learn some real-world skills — how you answer the phone, how you make a copy, and how you talk to people appropriately in a professional environment.”
“Most of the people that come through here have a good experience,” Mr. Warriner said. “A lot of people don’t realize how much work is involved. The basic rule of thumb is one hour of work time for every minute of screen time for a television show. That involves more obscure things like color correcting, but if they’re interested we’ll show them how. We just want to help Islanders to get their message out.”

A supervisão do governo 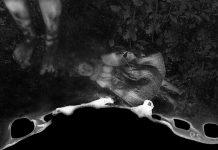