I first met David McCullough around 1970, when he picked me up hitchhiking on Old County Road after my truck had broken down, again. Driving a nondescript, not-new sedan, maybe a Plymouth, he was heading home to Music Street in West Tisbury, where he and his wife, Rosalee, lived with their five children. After introductions, we got to talking about The Johnstown Flood, his first book, which was published in 1968. I bought the book that week, and was quickly drawn into it, a compelling story well told.

Last week I read his latest book, The Wright Brothers (Simon & Schuster, New York, 2015), which had a similar effect on me. The Johnstown Flood runs 268 pages and costs $6.95; at 262 pages, The Wright Brothers costs $30. Between these two bookends, Mr. McCullough has had a fertile and broad career, principally as a writer, but also as a narrator and lecturer who has devoted his life to keeping important people and events in American history alive and relevant.

Along with 10 major books, he has narrated several documentary films, and for 12 years he was the host of PBS’s American Experience. He has won both the Pulitzer Prize and the National Book Award twice. In 2006 he won a Presidential Medal of Freedom.

Mr. McCullough has been called a popular historian, as much for his dedication to history of and for the people as for his wide renown. In a phone conversation with The Times last weekend, however, he said, “I don’t consider myself an historian. I’m a writer.” An English major in college, he has no advanced academic training in history, just an insatiable interest. And he loves doing the research. “It’s like being a detective,” he said. “Sometimes it’s hard to start writing.”

He also tells a good story. “My father was a great storyteller,” he said. “At the dinner table, I remember hearing wonderful stories about Pittsburgh [where Mr. McCullough grew up] in the old days, and the old characters. In grade school, if I raised my hand when the teacher asked if anyone had a story to tell, he’d always pick me, because he knew I’d go on so long that he wouldn’t have to do any work.”

In college at Yale, he adopted a maxim that he’s followed throughout his career: Write the book you’d want to read. His interest in the Wrights was kindled when he was in Paris working on his previous book, The Greater Journey. He was surprised to learn how famous the Wrights were in France before they became heroes in their own country. “And when I started looking into it, I found out they were much more than a couple of bicycle mechanics from Ohio, which is all we were taught in grade school,” he said.

As a proud booster of the U.S.A., it’s no surprise that Mr. McCullough was drawn to Wilbur and Orville Wright, spun as they were from the most reliable, staunchest cloth Ohio could muster in the late 19th century. Wilbur was born in 1867, Orville in 1871. Milton, their father, was a clergyman who preached honesty, self-reliance, and modesty to them. Their mother, Susan, was as inventive as she was intelligent: She could make almost anything from scratch. From these two, the boys inherited a love of reading, about anything and everything, which set them to imagining the world far from the American heartland. After Susan died in 1889, the brothers continued to live with Milton, also known as “the Bishop,” and their sister, Katharine. The family resided on a side street in Dayton, only the fourth largest city in Ohio but first in the entire country in patents, per capita, at the end of the century.

Wilbur, older by four years, was always in motion, in mind and body, but his attention to detail awed others, and he was icy cool in a crisis. He tended toward rumination at times, not surprising for a man whom Mr. McCullough considers a genius. More apt to look at the brighter side of things, Orville was gifted mechanically, but he was shy to a fault in public, deferring to Wilbur whenever possible. Their different temperaments, and the fact that they were almost always together, led to animated debate, even some acrimony at times; but they quickly made things right again, agreeing that their disagreements fostered original thinking and creative solutions to vexing problems.

At age 18, Orville started a print shop in a shed in back of the family residence. Four years later, the brothers opened a bicycle shop, the Wright Cycle Company, in response to the burgeoning popularity of bike riding. In 1895, they came out with their first bike, the Van Cleve, which was crafted in a second-floor machine shop above the street-level showroom. In their off hours during these years, the boys remodeled the family home, adding a porch, enlarging windows, rebuilding the stairs, hanging wallpaper, carving decorative patterns into the woodwork — all on their own.

For Wilbur, a latent boyhood interest in flying resurfaced in 1896 while he read to Orville, who was recuperating from a near-fatal bout of typhoid fever. When he read about a German glider pioneer, Otto Lilienthal, dying after crashing in one of his inventions, Wilbur’s natural curiosity and acquired ingenuity found a focus that would run the rest of his life.

With a passion for flight awoken in them, the Wrights were off to the wild blue yonder, never mind “the fact that they had had no college education, no formal technical training, no experience working with anyone other than themselves, no friends in high places, no financial backers, no government subsidies, and little money of their own,” as Mr. McCullough writes.

Forever, of course, man has been fascinated by the possibility of flying, but still, even a little over 100 years ago the smart money said that it was madness. From professors to press sages, pundits went out of their way to point out the folly of the Wrights’ efforts. Even after they heard about their first powered flight, newspaper editors turned down invitations to come see what they must have known, but somehow refused to believe — the most exciting story of the new century, a jaw-dropping breakthrough that would change things fundamentally and forever.

In 1908, five years after their first successful flight, the brothers decided to demonstrate their Flyer to the public. Since the site, Kill Devil Hills on North Carolina’s Outer Banks, was only accessible by boat at the time, only half a dozen reporters showed up. One of them, Byron Newton of the Paris Herald wrote, “[We were] all seasoned campaigners in the field of unexpected events, but for all that this spectacle of men flying was so startling, so bewildering to the senses in that year of 1908, that we all stood like so many marble men.” How many times in history had men witnessed something so new, so amazing, so wonderful?

The tales of the initial test flights in North Carolina, the Wrights’ subsequent conquest of Europe, and their belated acceptance in the U.S. have been told before. While Mr. McCullough recounts them in these pages, he’s most interested in how two outwardly ordinary middle Americans summoned the vision, the daring, the determination to come up with a technological innovation that had bedeviled all kinds of men, from brilliant to deranged, for centuries. As he unfolds their story, he celebrates that most celebrated element in the American experience, opportunity.

Committed to their work at the expense of all else, Wilbur and Orville Wright never relied on luck. “The man who wishes to keep at the problem long enough to really learn anything positively must not take dangerous risks,” Mr. McCullough quotes Wilbur as saying. Later, after they’d succeeded, Wilbur says, “With us flying is not an experiment; it is a demonstration.”

Lifelong bachelors, the brothers apparently avoided any romantic involvement with women. And, McCullough writes, “Not only did they have no yearning for the limelight, they did their best to avoid it.” Today, they might be known as wonks.

Anything but a wonk, Mr. McCullough is still going strong at an age, 81, when most people are cutting back, at least professionally. “I love my work,” he said. “I don’t have golf to take up my time, no tennis, no fishing. That’s one way that I identified with the Wright brothers, their love of their work.”

And, like them, he’s had a mission. “I’m doing something for my country, which is important to me,” he said. “We don’t know enough about our own history, the good and the bad. We can learn from it.”

Currently considering seven subjects for his next book, Mr. McCullough plans to choose one by November. When I told him I wondered which one he’d choose, he said, “So do I.” Whatever it’s about, it’s sure to be another great story, thoroughly researched and written in Mr. McCullough’s typically accessible, almost casual syntax, just like The Wright Brothers. 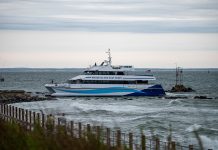