“This tax-free weekend is not only an opportunity to save a few dollars for consumers, but it’s also an opportunity for people to buy local and keep more business here in the Commonwealth,” Governor Baker said, citing a Retailers Association of Massachusetts report that showed the sale tax holiday boosts retail by over $100 million.

The tax holiday bill drew strong support from Republicans, but divided Democrats, with critics of the idea calling it a “boondoggle” and a “gimmick” and minimizing the 6.25 percent savings that consumers would receive by buying items exempt from the sales tax. Tax holiday critics dispute claims that it leads to a burst of economic activity, asserting the holiday instead just shifts consumer buying patterns.

The sales tax holiday bill cleared the House 136-20 and the Senate 27-11. Some lawmakers who voted for it said they did so reluctantly and hoped the measure would get a closer examination next year. 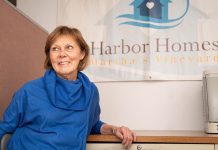