Two one-man shows focusing on very different themes will be coming to the Vineyard this week. “The World Is My Home — The Life of Paul Robeson,” starring Stogie Kenyatta, takes the stage at the Union Chapel, and “Wild & Precious,” starring Steve Cadwell, appears at the Martha’s Vineyard Film Center. What the two productions — one of which examines the life and times of singer, actor, and activist Paul Robeson, and the other a very personal exploration of life as a gay man — have in common is that the writers/performers of both shows aim to educate and entertain audiences with a multidisciplinary approach to their subject matter.

The life and times of Paul Robeson

In “The World Is My Home — The Life of Paul Robeson,” actor and comedian Stogie Kenyatta brings to life one of the most fascinating, unique, and groundbreaking stars of Broadway and the early years of Hollywood, who also happens to be one of the heroes of the civil rights movement.

Beginning with Robeson’s father, a 15-year-old runaway slave, Mr. Kenyatta portrays 14 different characters as he documents the singer and actor’s long and illustrious career; from football All-American and Rutgers valedictorian to Columbia Law graduate who earned his tuition playing with the NFL, to one of the leaders of the Harlem Renaissance movement who went on to Broadway and Hollywood fame.

Robeson was the true Renaissance man — athlete, scholar, awardwinning orator, singer, actor and oft-quoted intellectual. All of this makes him the ideal subject for a theatrical production. But it’s his life as an outspoken, risk-taking activist, and his friendships with some of the most revered civil rights figures of his day, that really captured Mr. Kenyatta’s attention.

“I knew Paul Robeson’s music from growing up in Brooklyn,” says the show’s creator and star. “My parents had seen him perform in Jamaica years ago.”

When he was asked to perform a version of the 1970s biographical Broadway show for a college audience, Mr. Kenyatta decided that he needed instead to create his own piece. “I took all of the information on Robeson, and I wrote a new story that was more suited to my sensibilities. I didn’t think the young folks there would be interested in a straight documentary piece. I wanted to create a story that was more compelling, yet historically accurate. The more research I did, the more amazing of a human being I discovered him [Robeson] to be.”

In order to present this powerful story, Mr. Kenyatta knew he had to captivate his audience through a dynamic set of music, stories, multiple characters, and frequent costume changes. “I really had to make it tighter, and not your typical talking-heads theater,” he said. Since its inaugural performance in 1999, “The World Is My Home” has been performed over 300 times in eight countries and at U.S. embassies around the world.

Mr. Kenyatta has become somewhat of an authority on Robeson. In speaking to him, one realizes the level of admiration he has for the man, and the thrill he has found in unearthing new information on his subject. Among the biographical tidbits Mr. Kenyatta has discovered is the fact that Robeson spoke 15 languages, visited the Warsaw Ghetto, and wrote and performed anti-Nazi songs in Yiddish. Among Robeson’s friends were Albert Einstein, W.E.B. Dubois and some of the other great minds of the day.

Mr. Kenyatta also learned that other Harlem Renaissance performers were equally accomplished intellectuals. “I found out that Cab Calloway went to law school. I just thought that he was a musician and this clown of a guy. He was just brilliant. Ninety percent of what the show is talking about, the audience did not know about or forgot. ‘The World Is My Home’ is a global piece. It covers around six decades and four continents.”

In the two-hour show, Mr. Kenyatta brings many of the characters of the day to life. He sings songs by Calloway, Louis Armstrong, and Fats Waller, among others. He also entertains the audience with renditions of two of Robeson’s biggest hits, but he has decided to allow the revered singer’s famously deep and distinctive bass voice to shine in its own light through the inclusion of numerous recordings of Robeson singing.

Audiences are sure to be entertained by the music and dance, and the humor and profundity of the character’s actual dialogue. But just as importantly, Mr. Kenyatta wants to share the story of one of the most well-rounded performers of the past century and an all-but-forgotten hero of the civil rights movement.

Along the way, Mr. Kenyatta also documents a time he describes as “the roughest period known to man.” “There were two World Wars, up to 97 million dead,” he says. “At the same time, lynchings were going on in America. It was just a terrible time to be alive in a wicked world.”

In a similar fashion, Mr. Kenyatta explores some dark themes, and the tragedies as well as the triumphs of his hero, but manages, through the power and beauty of the music and dance of the Harlem Renaissance, to enliven as well as enlighten.

Poet, writer, performer and psychotherapist Steve Cadwell uses his own life story to document our nation’s progress in the gay rights movement from the 1960s through the present in his one-man show “Wild and Precious.” Mr. Cadwell says about the show: “I explore how far we’ve come, and how is it that we’ve had this monumental change.”

By documenting his own experience growing up as a gay male, Mr. Cadwell hopes to inform and inspire as well as entertain his audiences. “The show is about social change through history, but it’s also very engaging and entertaining,” says the show’s creator. “I am using every tool available to me. I want people to experience the story through theater, through words, through singing, through poetry, through beautiful photography that gives the moment a place. To really bring people deep into what the past 50 years have been like.”

In saying that, Mr. Cadwell is referring not just to his own life, but to the collective experience of people of all genders, ages, and sexual orientations. “The closet is a metaphor that works universally,” he says. “We all have things we feel ashamed about or cut off from. I think it’s powerful to recognize that and find the freedom to be ourselves.”

His long career as a psychotherapist has taught Mr. Cadwell the importance of examining and reviewing one’s own life experiences.

“Words are very important in expressing our understanding of life and questions of identity and who we are in the world. I believe in the power of telling our stories and discovering where we often get stuck in what is painful and traumatic.”

Prior to his first foray into performance, Mr. Cadwell expressed himself through poetry. An early reading of some of his material was so well received that he decided to expand on the themes in his writing and develop a full multi-discipline show. “In the 40 years of my career as a psychotherapist, I’ve always really been an audience, not a performer. It’s exciting to learn at this point in my life that I can have my own stage,” says Mr. Cadwell.

And he manages to fill that stage with song, dance, his own photographic images, stories, poetry, and a lot of humor. It’s a very engaging performance that reveals the subject’s trials and triumphs from Vermont farm boy to husband and father, who along the way experienced, firsthand, pivotal moments in our history like the AIDs crisis and the beginnings of the gay rights movement, to the recent passing of same-sex marriage legislation.

Mr. Cadwell believes that anyone who has struggled with identity can relate. “It’s kind of a tonic for your own psyche,” he says. “Ultimately at the end you feel new energy and power. I think that’s what art has the potential to do. It can engage us and expose us to the full range of human emotions.”

Of the stories he shares in his one-man show, Mr. Cadwell says, “Some are funny, some sad. Some are messy, wild and precious. I want to introduce the audience to the fullness of life and affirmation of our capacity to celebrate humanity in a fuller spectrum.”

Mr. Cadwell continues, “That’s what keeps me wanting to do the piece. It’s important to tell stories that are positive. Pete Seeger said that how he kept optimistic was by telling positive stories of positive change.” 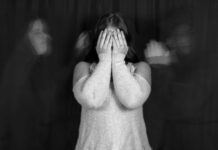 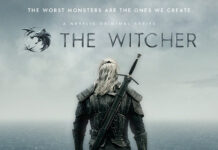 ‘The State of the Coast’