Calling all writers from the Cape and Islands and beyond … limited space remains as the deadline quickly approaches for the upcoming Cuttyhunk Island Writer’s Residency, an eight-day residency to be held June 7 to 15, 2016, on beautiful Cuttyhunk Island. The Writer’s Residency offers you peace and solitude to work on your writing on a gorgeous, remote island setting, mentored by Pulitzer prizewinning author Paul Harding.

Mr. Harding will hold one-on-one meetings with writers, provide workshops, and give a reading. Serious writers from all stages in their careers are invited to attend and encouraged to bring along work to read aloud at nightly salons, as well as current projects to work on during your time on the Island.

All 13 writers will stay at the historic Avalon Inn, with meals provided by awardwinning chef and author Didi Emmons. Program cost includes all workshop fees, all meals, and round-trip transportation on the ferry from New Bedford to Cuttyhunk. There are two scholarships available, which cover the entire program cost. For a daily schedule, more details, and information about author Paul Harding, please go to cuttyhunkislandresidency.com. Cuttyhunk is not only a tranquil, inspiring writing location, but also an area brimming with interesting and untold stories, like the legacy of the Church family.

Straightening his windblown, dark straw hat on his head and wiping a gray strand of hair from his perspiring brow, Captain Benjamin Barber Church slowly scanned the hazy orange horizon from atop Lookout Hill, panning with his spyglass in search of approaching ships. His mind wandered to the early days of the historic Mayflower voyage some 250 years ago, and his courageous ancestors, including passenger Richard Warren, whose daughter Elizabeth had married a prosperous Richard Church.

As a landowner and carpenter who had constructed the first church in Plymouth, Richard Church was Plymouth’s second wealthiest man, and father to 14 children, including Nathaniel. His Church family lineage was strong and prosperous, with multiple generations of ship captains and large families making coastal Massachusetts their home.

A lone pink-legged herring gull swooped across the hill with a familiar ha-ha-ha cry as it cut through Benjamin’s peripheral vision, momentarily jarring him out of his ancestral reminiscing. He continued diligently surveying the entire 360° vista as he sprawled across the apex of the hill, letting his mind drift back to his large family. The Cuttyhunk Church family was descended from Richard’s son Nathaniel Church, who owned a farm in Scituate, and Nathaniel’s son, Captain Charles Church, who became part-owner of a 22-acre Plymouth oyster bed until he tragically drowned near Fall River along with his cousin Constant. Later, Charles’s grandson, Captain Joseph Church, a mariner and Revolutionary War soldier, also drowned when his wood-carrying sloop went down between Fall River and Providence. Benjamin was always very proud of his entrepreneurial ancestors, despite the maritime tragedies that had befallen many of them. He and his younger brother Lemuel had gone their different ways, with Lemuel breaking the family tradition of settling in Massachusetts and heading to the unknown West during the California Gold Rush. Lemuel died out West in his twenties, and Benjamin often missed his little brother. Benjamin took pride as well in the fact that he was still carrying on the Church family’s seafaring tradition with his occupation as a pilot for whaling vessels traversing Vineyard Sound and Buzzards Bay from New Bedford. He thought of his own life, and decided he had been quite fortunate so far; he counted his many blessings.

Benjamin placed his spyglass beside him — nothing to be seen in any direction for miles — and rested his eyes as he felt the warm breeze rustling and flapping his clothing like the sail of a bark. He would never tire of this majestic, piece-of-heaven view, nor the intoxicating scent of the salt air. His mind drifted, and he remembered fleeting scenes from his life decades before. At 21, he had happily married the beautiful Amelia Lovel Chase of Martha’s Vineyard in 1835. What a day, what a joyous day in his life! He still marveled at his luck in winning her fair heart, and the memory of her powdery fragrance was evocative of their many loving years together. Benjamin smiled as he remembered hearing the newborn cry of his firstborn son, Charles Cook Church, three years after his wedding day.Charles was the oldest of Benjamin and Amelia’s four children.

By 1858, Benjamin had completed a magnificent house overlooking Buzzards Bay, shored up by beams from ship timber driftwood, and was head of one of the seven families on Cuttyhunk. His hands still ached when he recalled the bitter cold December rescue after the English brig Anna Mitchell had wrecked off the east side of the island. Fortunately, the crew of the ill-fated bark was able to make land safely despite the biting wind and ice. Like many islanders who took part in the wreck’s rescue, he also rescued the ship’s cargo, a large amount of precious log wood being transported by the schooner. By taking out a contract to save the vessel, he received the cargo at 50 percent of its value, and was expected to deliver the cargo above the high-water mark on the island.

In 1863, Benjamin worked alongside the influential John Forbes of Naushon Island on the formation of an independent Gosnold Township. Fifteen Elizabeth Islanders, including Benjamin and Forbes, successfully petitioned for a split from Chilmark. Benjamin had been a very busy man back then … a founding selectman, town assessor, and school board member. He went on to set up a home office, install one of the first Island telephones, and serve his new community for seven years.

His extensive holdings consisted of land, outbuildings, and livestock (cows, oxen, pigs, and about 100 sheep). Besides his Cuttyhunk farm and homestead, which remained in his family for nearly 100 years, and still stands on the Island, he owned real estate on the mainland and held substantial interest in ships. These ship interests included the schooner B.B. Church and the still seaworthy bark Charles W. Morgan, which sailed magnificently through Vineyard Sound to historic ports in the summer of 2014 and can be seen today in Mystic Seaport In Connecticut.

Captain Benjamin Barber Church died in 1883 of heart disease, and was the first to be interred in the Church family plot in the Rural Cemetery in New Bedford. His legacy lived on, as his generation had been the first of what would be three future generations of the Church family living on Cuttyhunk Island.

* EPA letter received acknowledging completion of the project to terminate use of the sewer outfall pipes.

* Planning Board signed a Certificate of Action regarding the Ridgeley Farm subdivision, starting a 20-day appeal period. Revision plan proposal to be reviewed by town counsel.

* ConCom advises that Determination of Applicability not required for repair of the road drain at the foot of Gosnold County Road.

* Water tank: FinCom will review the $60 annual fee now that the tank is paid off.

* Harbor Committee met with the Coalition for Buzzards Bay to discuss a permanent boat pump-out station on Cuttyhunk.

* Frog Pond: Determination of Applicability to be sent to ConCom re dredging.

* Discussion of social media, especially private sites like Facebook, and their role as a tool for communicating about town affairs.

Cluck & Trowel is a new farm in Westport, offering Cuttyhunk Shellfish Farm shares delivered to Cuttyhunk Island starting this summer. Co-founder Sarah Cogswell has worked at CSFI for many years, and is now excited to start her own agricultural enterprise that will connect Cuttyhunk to fresh vegetables, eggs, and more! Please take this survey to share your interest in specific crops and additional locally sourced products including dairy. For more information and to sign up for a CSA share, please visit their website at cluckandtrowel.com, or contact Sarah Cogswell directly at cluckandtrowel@gmail.com or 508-542-0434. Survey link: http://ow.ly/XtycI.

Mainland artists who register for the festival will be transported aboard the M/V Cuttyhunk, with a same-day roundtrip ticket and lunch included in the $65 registration fee. Kris Lombard of the Island Market and Lexi Lynch from CTHK Café will prepare tasty box lunches for the participants, including a vegetarian alternative. We hope to have 25 participants the first year, including some island artists who would enjoy setting up an easel in their favorite spot and having an opportunity to sell their work before the ferry departs at 4 pm. The fee for island residents who wish to participate is $20. There is no commission to any of the organizers for the sale of paintings. Volunteers will act as ambassadors to meet the ferry and give artists a brief overview tour from the Island map, courtesy of themuseum, that they will receive with the registration packet.

The ARTY begins at 3 pm, when the artists will be transported back to the ferry dock and their work will be judged by a panel of three professional jurors. Island residents, visitors, boaters, and their guests will be invited to a reception and art sale at the Coast Guard boat house. Jurors will be Helen Sturges Nadler, a Rhode Island watercolorist who taught at RISD and the New Bedford Museum; Jodi Stevens, an artist based in New Bedford who exhibits internationally and is the lead curator at Dedee Shattuck Gallery in Westport; and Cuttyhunk’s own Bob Smith, a partner in the Four-Corner Gallery in Tiverton, R.I. Prizes will be announced, and visiting artists will depart on the ferry. In case of downpour or forecast for steady rain, the festival will be held the next day, on Sunday, June 19. A website is under development at cuttyhunkpleinair.com for more information.

Afterschool Enrichment Opportunity: Sewing “Little Dresses for Africa.” No sewing experience required. Bring a sewing machine if you have one. Thursdays, March 3 and 10, from 3:45 to 4:45 pm at the schoolhouse.

Save the date: Monday, March 14, is Pi Day and Community Math Night with Potluck Dinner; watch email for location and time. 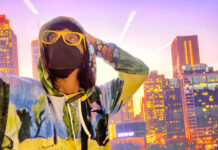