A couple of weeks ago, we asked friends for stories on April Fool’s pranks. We ended up with more than we could use last week. Here’s one we didn’t want to leave out.

Back around 1970, when things were so dead around here in winter that there weren’t even things, I lived for a few winters in our family place in Lambert’s Cove. One year, during that interminable season that lasts from mid-February till mid-May on the Island, my sister Molly called me from her home in Cambridge. Had I heard the sad news about Mrs. Brown?

“Mrs. Brown, you know, across the road?” Oh yeah, right, Mrs. Brown, the widow of General so-and-so Brown, hero of the Spanish-American War or something. Ever since I could remember, Mrs. Brown had been 90 years old, deaf as a doorpost. I’d forgotten she was still alive. “And the funeral is Saturday, and we’re all coming tomorrow, Mother and …”

Mother. MOTHER! Oh my GOD. Mother of God! “And she wants to stay here?”

“Well, it is her house,” which I hadn’t cleaned since Thanksgiving.

“But, but, people don’t come here for the weekend in March.”

I hung up and got to work. I swept, I wiped, I mopped, I vacuumed, I sprayed, I washed, I rinsed, I dried, I aired, I plumped, I fluffed, I shined, I made beds like there was no tomorrow. Oh my God, tomorrow!

I skipped lunch; I ran out for more cleaning supplies; I skipped dinner. I wished I lived somewhere else. Far away. I hated my life. But I kept cleaning. Until I finally collapsed around 8 in the evening.

Half an hour later the phone rang. It was Molly, all cheerful, even gay. “Hi, Cuthbert, how’s the house looking?” Cuthbert was a term of endearment another sister had bestowed on me.

“It looks OK, I think, and don’t call me Cuthbert.”

“Are you sure? Did you make all the beds? Clean the kitchen? Get some food?”

“It’s Thursday. So what? It’s the end of March, maybe even April.”

“And what happens on April first, you fool?” Her laugh became uncontrollable.

“April Fool’s,” she singsonged triumphantly, and hung up. 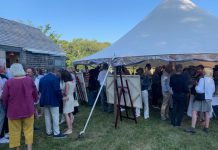 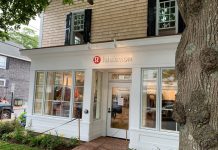 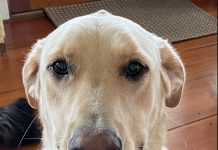 Three documentaries are coming back

‘From Caldecott to Coretta Scott King’