Perhaps the most common question I hear at this time of year is, “What are those little blue butterflies that are all over the place?” I wish there were an answer that would be both simple and complete! Sky blue above, powdery white beneath, and found quite widely in our barrens and woodlands, azures (that’s the collective name) are a fine addition to the landscape. But there’s more to them than meets the eye.

A couple of decades ago, it would have been simple: We’d have called them spring azures and been done with it. The assumption then was that a single species of that name flew season-long across a wide geographical range. It was a variable species, always blue on top but with a range of markings underneath.

But once this presumed species was examined closely, that explanation broke down. For one thing, the blue on the topside turned out to vary somewhat; differences in the structure of the scales on the wings made some of these butterflies look paler blue than others. For another, these little blue gems varied in the host plants their caterpillars fed on — with butterflies, often a sign that you’re dealing with more than one species. And when biologists began conducting experiments raising these butterflies, they found that some forms had only a single generation per year, while others were capable of producing multiple generations. Again, that’s an indication of deep biological differences: Single-generation forms have evolved a mechanism that halts development reliably at a certain stage until the following season, while multigeneration forms accomplish the more complicated task of sensing when it’s safe to finish developing and when it’s necessary to halt growth and prepare for winter.

The current understanding is that we have three distinct azure butterflies on the Vineyard, though they’re close to identical when viewed in the field. A small butterfly like all its cousins, about the size of a dime when perched with its wings folded, our earliest azure retains the original name of the species complex, spring azure. The blue on this species is of a slightly deeper shade than on the others, making it (to my eye) our prettiest azure. But the surest and simplest way to identify this species is to look at the calendar: Spring azures fly from about the middle of April into early May — their only flight of the year.
Oddly, one of the most obvious features of this butterfly turns out to have no real meaning, biologically speaking. The undersides of spring azure hind wings vary widely in how much dark pigmentation they have, and where it is located: A dark patch midwing, a dark border, both, or neither. This is simply random variation within the species, and I’ve yet to read a convincing explanation of how it evolved or why it occurs.

By about the end of the first week in May, our true spring azures generally look pretty tattered, and they’re growing scarce. Then, quite abruptly, a fresh new batch of azures appears, using many of the same habitats as the first species. These azures of the second flight tend to be a bit larger than their predecessors, with a subtly paler blue on the tops of their wings. And the undersides of this form are reliably pale, with just a little fine, dark spotting. While the caterpillars of our earliest azures probably feed on blueberry, those of our second flight have arcane tastes: While they may use several host plants, their characteristic diet consists of tiny galls on the leaves of wild cherries. This odd food accounts for the name given to this species when it was recently recognized: Cherry-gall azure.

This second azure species flies through the month of May, with a few lingering into early June; again, this is the sole generation of the year. This species is replaced, starting in late June, with yet another azure, indistinguishable from the cherry-gall azure to my eye, but capable of multiple generations in a year and relying on a different caterpillar food plant (inkberry, a type of holly, as far as I’ve been able to determine). This species is known as the summer azure; the least common of the three, it will be with us into mid- or late September.

The differences in host plant and, especially, in flight period keep these species from interbreeding with each other; in evolutionary terms, these three azures (and several others now known to exist in the eastern United States) evolved recently from a common ancestor, taking advantage of different seasonal opportunities. You can’t go wrong just calling them “azures,” but if you want to call them by their full names, look at the date, not the butterfly! 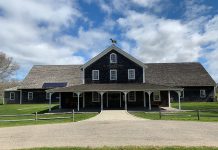 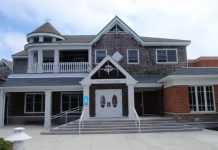 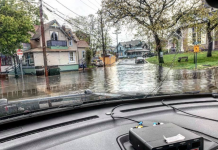