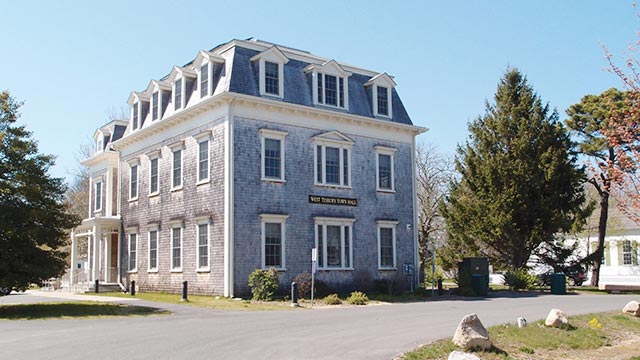 West Tisbury selectmen met last Wednesday and discussed affordable housing and taxi rates at a lightly attended meeting. Henry Geller, a member of the affordable housing committee and the planning board, described to selectmen the Housing Production Plan (HPP) concept.

The HPP is an outgrowth of efforts by the All-Island Planning Board (AIPB), made up of representatives from the six Martha’s Vineyard towns, to address housing issues. In January, the AIPB formed a Housing Work Group with a mandate to create a Housing Production Plan for each town. Town HPPs will set rental and ownership production targets for affordable housing.

“Some time ago, the All-Island Planning Board spawned a committee to come up with a housing production plan, which is part of a state mandate to increase the number of affordable houses to 10 percent of housing in all towns in Massachusetts,” Mr. Geller told selectmen. “The meetings started in November, and have lately been generating a lot of activity, specifically between the MVC and the state. It looks like they [MVC] will be able to spend over $100,000 to run a fairly detailed process with each town to produce these housing production plans. The idea is you produce a plan, you talk about the state of your town (rural, urban, etc.), you say how far away you are from the 10 percent — such as 50 units away — and come up with a plan to complete 50 units by X years. And while we’re doing that, of course, we are trying to get buy-in for zoning changes and to figure out what other strategies could be used.”

Mr. Geller explained that some of the strategies that have come up are to have more affordable units built in the “urban” towns — meaning the three down-Island towns of Oak Bluffs, Edgartown, and Vineyard Haven.

Mr. Geller said one concern is that increased housing could mean an increase in schoolchildren.

“A lot of negotiating is going to need to happen,” Mr. Geller said. “I’m here to first make sure you are interested in a housing production plan. I think it will serve us well, and I personally like the process — it will be pretty inclusive, and I’m glad there will be consultants to help.”

“I think it’s great that an Island-wide approach is being taken here, because I think that’s what’s been needed for a long time,” Mr. Knabel said.

“I think it will get a state-approved plan,” Mr. Geller said. “The exposure to potentially undesirable 40B projects, for example, without a plan would be slightly higher.”

“I agree with Richard that it has the all-Island approach,” said selectman Cynthia Mitchell, “but it also respects each town, and takes the approach to do this town by town. It’s nice. It will be a good opportunity to have the process applied both regionally and town by town, and to have comparative data that I think is useful, and the discussion as this moves forward is invaluable.”

Selectman J. Skipper Manter raised another complication with the housing production plan: “We sometimes participate in projects outside of our town. Who gets the credit for creating the housing stock, the town that it’s in?”

Mr. Geller said he believes the town where the units are located would get the housing stock credit.

“Is there a way to get 10 percent of Martha’s Vineyard’s affordable housing stock rather than town by town?” asked Mr. Manter. “It should take a shared account — which of course would probably take an act of legislature to allow it.”

Referring to the high cost of living on the Island, executive secretary Jennifer Rand said, “We need to find the best way to do it in a very expensive area.”

“We could decide not to sign up for this, but I think we would miss some fresh ideas,” said Mr. Geller.

“At first blush, I think this is something we’re interested in,” said Mr. Knabel.

In other business, selectmen discussed taxi rates, which were last adjusted in 2009, and the potential need for taximeters. Discussion was led by Mr. Manter, who spoke passionately on the topic, and who would like to see a fare decrease.

“We would prefer they didn’t change, because while yes, gasoline prices have dropped, the rest of our operating costs have gone up, and so on balance we are still operating within the same margins,” said Ms. Rand, citing what the taxi companies have previously said.

“I can’t imagine that they would say anything else,” said Mr. Knabel.

Mr. Manter said he also wants taxi companies to install meters: “Meters are very important; I think we should have them. They are understood just about anyplace you travel in the world. Here you can hardly understand the charges on the cab, they are extremely small; and you might not be able to see the rate sheet at all.”

Mr. Manter said the biggest issue was cost to get meters, but he would like to propose that for the first five years, the town waive the $100 town licensing fee to cover the cost of the meter.

“This ought to be implemented by all the cab companies essentially at the same time,” said Mr. Knabel.

Selectmen agreed to table both the rate and meter issues until after the upcoming busy season.

In other business, selectmen approved the use of up to $11,584 of the Retired Employees Reserve Fund. The money is for retired employee Hadden Blair’s separation benefits.