On Monday night the school committee voted to approve phase one of an ambitious three-phase project at Martha’s Vineyard Regional High School which includes at least one AstroTturf field. While I know the men from MV@Play who are the movers of this project have been working for several months on it, this was only the second public forum.

Numerous serious concerns were raised about the health and environmental impacts of the plastics. While definitive studies are ongoing, there is enough cause for concern that many community members attended Monday night’s meeting. Several hundred people signed a petition on MoveOn.org asking that further research and review take place before voting occurred, and expressing support for natural grass fields.

At the outset of the meeting, it was stated that because several key pieces of information were missing — including unresolved legal issues, maintenance and replacement costs, liability insurance, environmental impact on the aquifer from both the turf and cleaning solutions for sanitizing it, and health concerns for the athletes — no vote would take place until the next meeting on June 5.

For three hours people on both sides of the issue spoke. It was clear that MV@Play would not entertain the idea of giving natural turf a try. It was AstroTurf or nothing. Many of us, myself included, were struck by the fact that the school has not maintained the natural fields other than by mowing. Therefore we don’t know if natural grass properly cared for is a viable option. Instead, in spite of missing financial and legal information, health risks, and environmental questions, a member of the school committee put forth a motion that the vote occur. Robert Lionette succinctly expressed that since so much information had not come forth, the vote should be held on June 5. Unfortunately he was outvoted, and a vote approving phase one occurred.

Those of us who raised concerns were told we had been heard. The truth is we were not heard. The public forums were a sham. The school committee and school administrators pushed their agenda through without due diligence. Shame on them. The voices of reason in Robert Lionette and Teresa Manning were silenced by the rest of the committee.

Sadly, the takeaway from this experience is that big money and loud voices win. In the long run the children, the environment, and democratic process lose. It feels like the national politics of vitriol have reached our shores. And that may be the biggest tragedy of all. 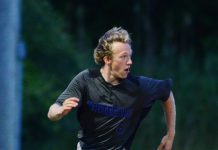 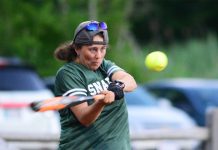 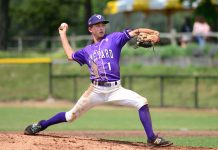