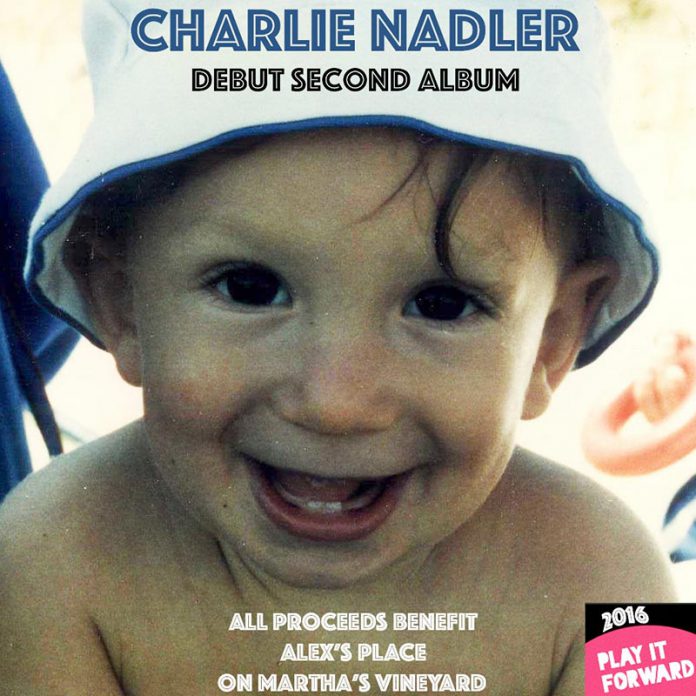 The Vineyard is well known for fostering artists, writers, musicians, and other creative types, but not so much comedians. Local Charlie Nadler is doing his part to change that. Mr. Nadler, who grew up on the Vineyard, has gone on to enjoy a burgeoning career as a standup comic and comedy writer. Although he is now living in New York City, where he performs regularly at nightclubs and other venues, Mr. Nadler returns to the Vineyard every summer to entertain a hometown crowd.

For the second year in a row, Mr. Nadler has released a digital album of his annual show at Alex’s Place Teen Center at the Y. Sales of the album (sold on a donation basis) are earmarked for the Teen Center’s Adrenaline Music Project.

The album is divided into 11 tracks. Some of the titles will give an idea of the range of topics covered, as well as on Mr. Nadler’s unique view of life: “Farm Share Anonymous,” “Florida and Other Danger,” “Designer Babies.”

In many tracks, the comedian riffs on 21st century life, commenting on everything from genetic engineering to app culture, to food delivery services. Mr. Nadler draws on his film industry experience in “Miniature Gentrifiers,” in which he complains about the fact that all of his friends are having kids and posting endless videos of their offspring online.

“I don’t know why we keep giving these parents director’s cut on these baby videos. They’re way too long,” he says before going on with some suggestions for cuts. “As a professional storyteller, I feel the urge to give them notes. Trim the fat around that crawling sequence. You might want to slice all that crying. It just makes your main characters come off as way too unlikeable.”

The title of that track comes from Mr. Nadler’s observation that “babies are like miniature gentrifiers. Instead of gentrifying the neighborhood, they gentrify their parents. ‘Say goodbye to the old days, suckers. Time to class this place up. We’re gonna need some better housing ASAP.’”

Mr. Nadler graduated from Martha’s Vineyard Regional High School in 2002. He studied film and TV at Boston University, then moved to L.A., where he spent the next eight years working in the film industry and writing. In 2014, Mr. Nadler moved to New York City to pursue a career in standup comedy. He has participated in comedy festivals and competitions throughout the country. He has also written a couple of screenplays, and is represented by a literary agent.

Despite his success, Mr. Nadler remains true to his roots. “I try to go back to the Vineyard at least once or twice in the summer,” he says. Mr. Nadler’s mother, writer Holly Nadler, lives in Oak Bluffs. Until recently, his father, TV and film comedy writer Marty Nadler, also lived on-Island.

Mr. Nadler was first invited to perform at Alex’s Place in 2012 as the opening act for the local teen improv group IMPers. For the past three summers he has performed a full 40-minute set with one or two opening acts, including local amateur comedian Cord Bailey. The Vineyard set is slightly different from what Mr. Nadler performs around New York City and elsewhere.

“Because it’s a more family-friendly audience, I do PG or PG-13 material,” he says, adding, “Generally it’s a smart crowd. It fits well with the type of material I do. I never worry about people not aligning well with my material.”

The comedian enjoys performing in front of his friends and former neighbors. “It’s always nice having the home-field advantage,” he says. “Having a supportive crowd that wants to be there and wants you to do well, and not competing with 100 bar shows and a dozen clubs in New York. There really isn’t regular comedy in the summer on the Vineyard.”

Thanks to the state-of-the-art sound equipment at Alex’s Place, Mr. Nadler has two professional-quality albums out, and some of the tracks are now featured on Internet radio — Pandora and Spotify — giving the comic a global reach. “I’m trying to expand my comedic footprint where I can,” he says.

“Charlie Nadler’s Debut Second Album” can be purchased through playitforward.com, a nonprofit distribution service. A minimum tax-free donation of $5 is required. All proceeds go the Adrenaline Music Project at Alex’s Place, which provides lessons, workshops, performance space, and events for teen musicians.