The contest for state representative is a two-way race between Democrat Dylan Fernandes, 26, of Falmouth and independent Tobias Glidden, 28, of Nantucket. A third candidate on the ballot, Jacob Ferry, dropped out of the race early in the campaign season. The seat, which represents Martha’s Vineyard, Nantucket, and several precincts in Falmouth, was formerly held by longtime state representative Tim Madden of Nantucket.

The Times asked both candidates to tell Islanders about who they are, and why they can best champion the Vineyard in the State House.

Tobias Glidden: I’m a lifelong Nantucketer and recent selectman, stonemason, small business owner, and the son of a fishmonger. I served for three years on the board of selectmen for Nantucket, the second-largest municipality on Cape Cod, and I have worked at the state and federal level on behalf of the district.

I’m a seventh-generation Islander who owns and operates my own masonry business, and I spend my working life on jobsites alongside tradespeople. In addition to my time as a selectman, I have also served as chairman of the Nantucket County Commissioners and as a board member of the capital programs committee, the affordable housing trust fund, the Community Preservation Fund, and the bicycle and pedestrian advisory committee. I’ve coached middle-school soccer for several seasons, and love sailing, fishing, diving for scallops, and enjoying the island’s unique way of life.

Dylan Fernandes: I’m a fourth-generation resident of the district, and the son of small business owners here. I went to Falmouth Academy and forged lifelong friendships with residents across the Vineyard. I have degrees in economics and political science, and I have long been active in politics and public service.

I was a staffer on the South Coast for Elizabeth Warren before serving as Attorney General Maura Healey’s political director, running her statewide field staff. I went into the Attorney General’s Office to work in civil rights and consumer protection before serving as digital director, where I launched campaigns aimed at moving the State House forward on key legislation like pay equity, LGBT rights, and the opioid epidemic. My work produced results, and helped me build the experience necessary to be an effective advocate for the district that I grew up in and love.

Why are you the best candidate to represent Martha’s Vineyard?

Mr. Glidden: I have experience living on an island and serving the community in government. From affordable housing to fisheries protection, renewable energy production to opioid addiction, Martha’s Vineyard and Nantucket share many similar issues. I understand these issues on a technical and practical level: I passed a housing bank bill on Nantucket to raise funds for affordable housing, and a tiny house zoning article, the first of its kind in Massachusetts. I also worked to protect fisheries, earning the unanimous endorsement of the Cape Cod selectmen and Counselors’ Association to establish a 12-mile fisheries protection zone around both Martha’s Vineyard and Nantucket, and personally briefed Governor Charlie Baker on the initiative. I worked with Richard Andre of Vineyard Power to help pass the omnibus energy bill this July, which will help create offshore wind south of the Vineyard, the largest offshore project in the United States. I’m a consensus builder, and will work to create coalitions of support to address island issues. I’ll also serve the Vineyard well because I’m the only candidate in the race to have served in elected office, the only candidate to own and operate a small island business, and the only candidate to have worked on behalf of this district at the state and federal level. I understand the joys and challenges of island life, from missing the boat to nor’easters to the elevated cost of doing business. The islands need representation at the State House. I will be the voice of Martha’s Vineyard in Boston, not Boston’s voice on Martha’s Vineyard.

Dylan Fernandes: Like Tim Madden when he ran, I am the only candidate with experience fighting for working families and vulnerable people on the state level. That experience matters when it comes to getting the job done for the Vineyard in the State House. As Attorney General Maura Healey’s political director and as digital director in the Attorney General’s Office, I worked with legislators and their staff, forging key relationships that will be critical in moving the Vineyard’s agenda forward.

When the politicians on Beacon Hill look down at our region, they only see beaches and lighthouses, and fail to recognize the challenges we face here. Lack of affordable housing is driving seniors, young people, and working families out of our community. Environmental degradation, sea-level rise, and water pollution are threatening our environment, which drives our economy. Crushing student loan debt is forcing our young people to look for jobs in the city rather than start a business on the Vineyard. We have an opioid and heroin epidemic that is ravaging our communities and tearing families apart.

We face some tough challenges, which is why we need someone with experience fighting for our district. I am the only candidate who has worked on the state level with legislators and their staff, and the only candidate with a college education. That background is why Sheriff Michael McCormack and the overwhelming majority of local leaders, including four county commissioners and nine selectman from across the Vineyard, support our campaign.

I am committed to representing the Vineyard, and on this campaign I have proven that by knocking on over 3,000 doors across the Island, and meeting with residents on their porches and living rooms to talk about the issues facing us. I know we can tackle these challenges together. I will always be here for you, so please reach out to me anytime. 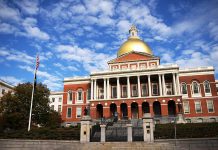