By the time street photographer Vivian Maier died in 2009 at the age of 83 she had amassed a collection of more than 150,000 negatives, tangible evidence of more than 40 years of amateur artistic passion. In that treasure trove of film, Ms. Maier’s uncanny eye for the people and places of her era is deftly revealed.

Chris Morse, owner of the Granary Gallery in West Tisbury, says he is very proud to display 30 of Ms. Maier’s black-and-white photographs in a show that opens with a reception this Sunday, August 27, from 7 to 9 pm, and closes on Saturday, Sept. 9. Framed limited edition prints, only 15 prints per image, are available for purchase.

Ms. Maier, thought to be self-taught, supported herself as a nanny in New York City and Chicago. Estranged from her family and never married, she was viewed as extremely private and eccentric by those who knew her. And although she spent much of her time with a medium-format Rolleiflex camera slung around her neck, she rarely shared any of her images with others and most of her photography was never printed.

Nearly destitute in her senior years, members of a family she had cared for decades earlier assumed financial responsibility for her but were unaware of the storage units she had filled with negatives, prints, piles of newspapers, audiotapes, home movies, and other ephemera. The contents of the units were auctioned off in 2007 when she was unable to pay for their upkeep.

John Maloof, a Chicago history buff and realtor, purchased a box of Ms. Maier’s negatives for $400. He was co-writing a book about his neighborhood, and he hoped they might feature some of the area’s vintage homes. Although they did not, Mr. Maloof became intrigued by the images. He tracked down the purchasers of other boxes and ended up accumulating over 100,000 negatives, including a few thousand rolls of film and an envelope with the name Vivian Maier on it. By the time he Googled her name, he learned she had just passed away.

Obsessed by her history and obvious artistic talent, Mr. Maloof began an odyssey that has resulted in his new career as curator of Ms. Maier’s work. He collaborated with Charlie Siskel (film critic Gene Siskel’s nephew) to write, direct, and produce an Oscar-nominated documentary film, “Finding Vivian Maier,” screened in 2014 at the Martha’s Vineyard Film Center and again this coming Wednesday, August 23, 2017 at 7:30 pm to coincide with the exhibition at the Granary.

Although she traveled to many countries, much of Ms. Maier’s body of work depicts life on urban American streets, with glimpses of the very affluent and the down-and-out, a time capsule of fashion, architecture, signage, and life. She has been compared to such street photography legends as Robert Frank and Diane Arbus. Mr. Morse likens her style to Alfred Eisenstaedt, Gordon Parks, and Bruce Davidson and admires her “beautiful compositional sense and sensitivity.”

“This exhibition is an exciting opportunity to share the discovery of a great photographer who was unknown in her lifetime,” Mr. Morse says. “We’ve chosen an eclectic mix of Ms. Maier’s work, from images with children to gentrified ladies with furs, including some beautiful African American portraits, coastal pieces, and self-portraits.”

Mr. Morse became fascinated with Ms. Maier’s story after seeing the documentary film at the Martha’s Vineyard Film Center in 2014. “I wanted to show her work but it was too hot for the first couple of years,” he explains. Persistent, he was finally able to arrange for the remarkable exhibition through his long-standing relationship with the Howard Greenberg Gallery in New York City, which manages all of the photographer’s print sales. Mr. Morse indicates that more images may be available through the Granary as they are released. “Thousands are yet to be printed,” he says. 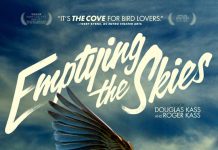 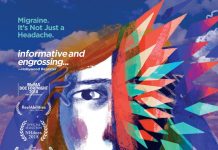 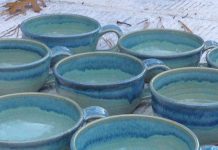