The Edgartown board of selectmen met with the town’s personnel committee on Monday to revisit the classification and compensation study conducted in March. The study was intended to evaluate all town employees and their salaries.

More than 100 individuals were reviewed, and a handful of them felt their positions weren’t properly evaluated. Monday’s meeting at the Edgartown library put the topic back on the table.

The study called for a financial implementation plan that ranked employees on a 15-, 12-, or eight-step pay scale with varying salary ranges. Town administrator Pam Dolby spoke on behalf of selectmen assistant Karen Fuller, an employee she believes the study shortchanged.

The study used interviews and follow-up letters of clarification from individuals to classify their jobs, which would then be ranked on the pay scale. The general consensus of the personnel board on Monday was that an eight-step plan would make the most sense financially, with eight being the top job classification with the highest salary range, and one being the lowest.

Other town employees in attendance shared frustrations on behalf of themselves, co-workers, or friends they believe the study misclassified. “Small-town syndrome” was the reason town officials cited to conduct the study in the first place.

“We’re your friends, we see you at parties, we’re with you on a daily basis,” personnel board member Diane Durawa said. “It’s not appropriate for us to be making these decisions, that’s why we hire an outside consultant.” The town contracted with the Edward J. Collins Jr. Center for Public Management at the University of Massachusetts at Boston.

Other Island towns also hire professional companies to conduct employee reviews, which should be done every three to five years, according to the personnel committee. The last time Edgartown reviewed its town employees was in 2001, according to an MV Times article in February.

Vice chairman of the personnel board Paul Moreau said the goal of the review is to bring all employees up to “market value.” According to personnel board chairman Suzanne Cioffi, no one will lose money. The pay scale adjustments will raise each employee’s hourly rate by at least 50 cents. The board also discussed whether longevity should be taken into consideration, although members seemed split on the matter.

“More consideration should be given for people who have been in their position for 25 years,” Mr. Moreau said. “We’d bump that person up more than one step.”

“I disagree,” human resources coordinator Kim Lucas of the personnel board said. “If you start moving based on longevity, it takes fairness out and brings in rewards for longevity, rather than trying to bring the position to a marketable level. They earned the longevity, but if you move the position up on the pay scale to serve them, when the next person comes into the position, you can’t move it back down. Price it out, and you won’t be able to keep up.”

Edgartown Police Chief David Rossi agreed with Mr. Moreau that individuals should be rewarded for the experience that longevity brings, and the infrequency of reviews reiterates the importance of longevity. No final decision was made on whether it would be included.

According to Ms. Cioffi, the overall number of employees that are upset is small, so it is most logical to move forward with the plan rather than make everyone wait.

“We were pretty confident in what the survey found. We thought the whole study was pretty spot-on,” Mr. Moreau said.

Selectman Arthur Smadbeck suggested that the committee should move forward with the plan, but with a high degree of sensitivity to the employees who are upset, and a potential reassessment of their reviews.

Discussion of finances and just how much the town can afford to cover large raises will be worked out over the coming months. The town’s finance committee will work out a budget-oriented program in time for their next meeting, which the group agreed would take place this November.

“Nothing is perfect, but when you can feel a consensus, I think we’re in a good place,” Mr. Smadbeck said. 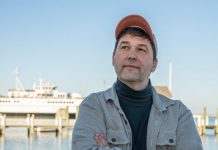