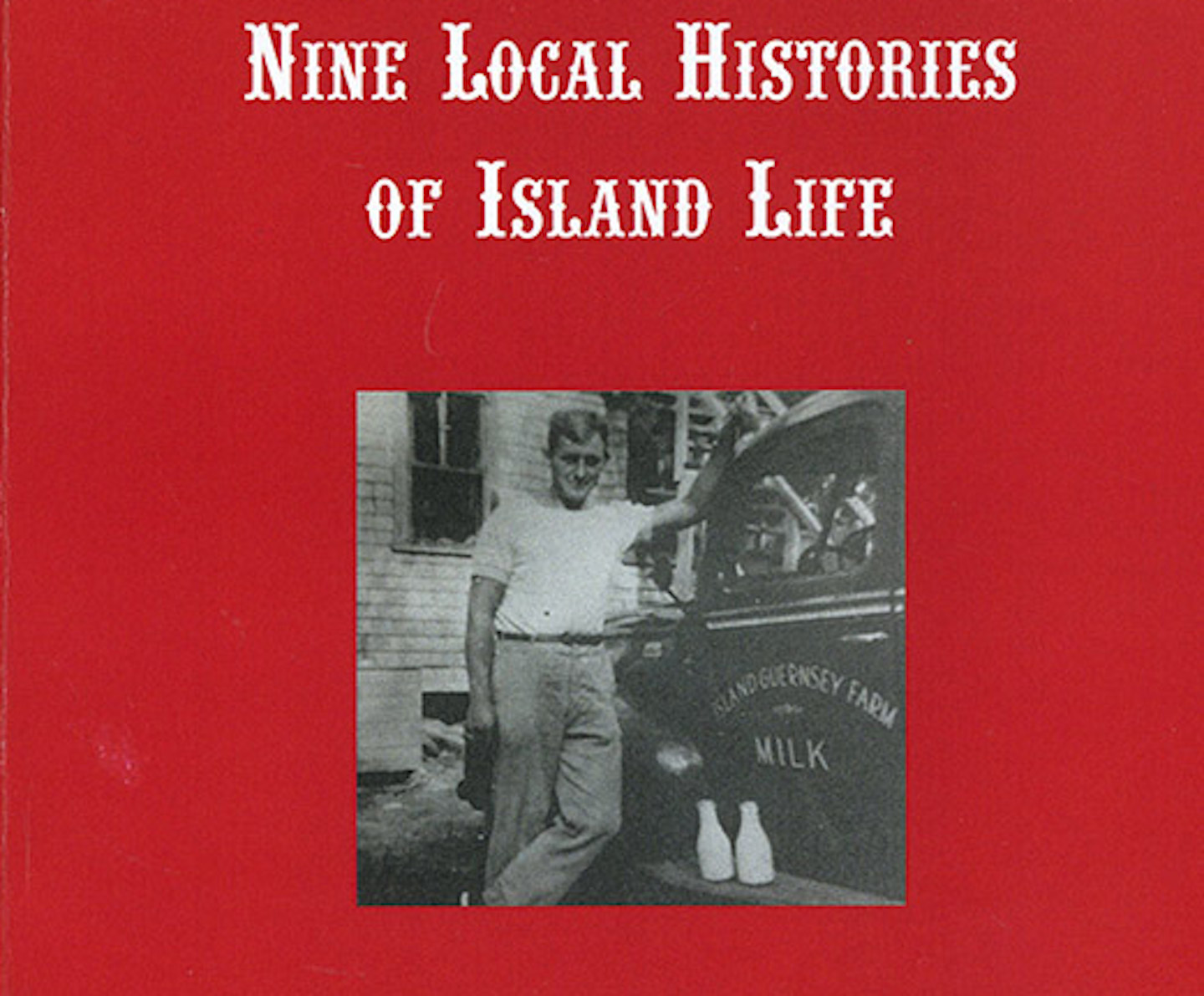 For us wash-ashores whose grasp of Vineyard history extends perhaps 60 years to the Dike Bridge, the Kennedy bill, the first zoning and subdivision rules, to regional land-use regulation, the Land Bank, to visits from the leaders of the free world, and to the bloom of the tourist economy, it turns out the larger story is not all about us.

Clyde L. MacKenzie Jr. is Edgartown-born and -schooled, now 86 and still doing research on the offshore fisheries for the National Oceanic and Atmospheric Administration (NOAA) and the National Marine Fisheries (NMF). At present he is looking for the “real causes of the decline of fish species.” He suspects that among the reasons for the decline in groundfish, overfishing is not likely the main culprit, but rather that environmental effects on the flows of seawater known as the North Atlantic Oscillation cause the changes.

That is his current preoccupation, but the earlier fruits of his scientific life were his studies of Islanders from an insider’s vantagepoint, working his way through the University of Massachusetts as a part-time scalloper, clammer, and farmer. He knows a great deal more about our predecessors and their simpler, narrower lives than we do. He has studied several of the fundamental mechanisms of early 20th century Martha’s Vineyard economic and social life.

Mr. MacKenzie has gathered his reports of nine research projects, all of them first published between 1992 and 2006 in the Dukes County Historical Society’s quarterly periodical, the Intelligencer, edited by Arthur Railton. In a conversation the other day with Mr. MacKenzie, who lives in Fair Haven, N.J., he explained why he set out on his own to republish his work.

“I studied local people, not summer people,” he said, “and because the Intelligencer was not widely distributed when it was printed in the 1990s, I thought I would republish the research myself.”

“Martha’s Vineyard: Nine Local Histories of Island Life,” published this year by Mr. MacKenzie and printed at daRosa Corp.’s Martha’s Vineyard Printing Co., is not casual or sentimental. The writer is not a myth maker. All nine of the monographs are carefully researched, and filled with data that must have been very difficult to mine, when recordkeeping was so informally maintained and sourced and gathered in hard-to-find places. But recordkeeping and analysis have been central to his scientific training, beginning at a very young age. In his first class in first grade at the Edgartown School, his teacher, who would later become Mrs. Joseph Robichau, wife of the beloved coach of the school’s intermittently successful basketball team, had her class document the weather each day, a habit Mr. MacKenzie has continued throughout his life. Indeed, “The Glory Years” of Vineyard school basketball is the subject of one of the exhaustively documented essays in this collection, including the names and achievements and team photos of players, boys, girls, coaches, and even a record of fan attendance. It was very faithful, with seldom a vacant seat in the gyms.

Mr. MacKenzie’s account of the swordfishing industry, at first with harpoons aboard small craft, then schooners, and later diesel-powered, purpose-built vessels and longlining tactics is a story full of clever, enormously hardworking Island people. They created for themselves a successful mini-economy whose development and decline affected the entire Island population, from Edgartown to Menemsha. Mr. MacKenzie includes photographs of the vessels, the captains, and their crews, whose names — Larsen, Jackson, Mayhew, Norton, and many more — will be familiar to Islanders today.

Other minutely considered subjects for Mr. MacKenzie include dairy farming, the ice industry, shellfishing, even the modestly flourishing eel fishery, the Flying Horses, the origins of fresh and brackish Island ponds and their fishy inhabitants, and Vineyard house building.

Of the latter, he writes, “Most of us think of the grand houses built during the whaling era as being what give the Vineyard its charm and character. Captains’ houses on Water Street, Edgartown, and William Street, Vineyard Haven, are the ones shown in guidebooks and on postcards. Those handsome and impressive houses were the trophy houses of their time. They are not typical of the ‘true’ Vineyard house. That house is more modest, cedar-shingled, plain and practical.”

Mr. MacKenzie is a careful researcher and a modest practical writer. He scrupulously credits all the sources he has used for stories, quotations, bibliography, and data. He defines the value of this treasured miniature history examined microscopically in these terms: “You can look anywhere in the country and you will not find histories of local carpentry and high school basketball. That’s what this is.”

Some readers will learn a great deal about their antecedents. Others, most of us really, will learn more about the changing life of the place where we live.