In a ceremony at the Massachusetts Maritime Academy on Dec. 10, MVRHS senior Riley Craig was presented with the Outstanding Sea Cadet Medal by the Martha’s Vineyard Seacoast Defense Chapter of the Daughters of the American Revolution. The Outstanding Cadet Medal recognizes cadets who have distinguished themselves through outstanding leadership, honor, service, courage, and patriotism. Riley has been involved in the Sea Cadet program since 2015, and serves as the Charlie Company squad leader for the USNSCC Gosnold Division. At the ceremony, Riley was also promoted to the rank of petty officer 3rd class.

According to a press release, the DAR, founded in 1890, is a nonprofit, nonpolitical volunteer women’s service organization dedicated to promoting patriotism, preserving American history, and securing America’s future through better education for children. The U.S. Naval Sea Cadet Corps is a national youth leadership development organization that promotes interest and skill in naval disciplines while instilling strong moral character and life skills. 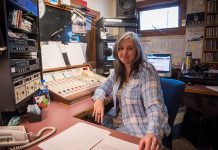 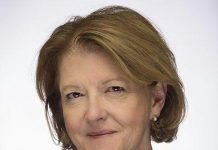