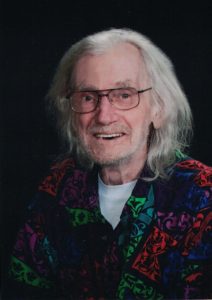 Walter was born on May 23, 1938, in Townsend. He graduated from Wheaton College in Illinois, received an M.A. from Peabody College in Tennessee, and a Ph.D. from American University. He served in the U.S. Navy Medical Corps in the very early Vietnam War, and upon discharge became a lifelong pacifist. Walter was a school psychologist in Fairfax County, Va., and retired in 1993. He spent summers in the Campground cottages in Oak Bluffs beginning in 1973. All who knew Walter knew that he was a friend of Bill. He was active at Grace Church for many years, and enjoyed singing in the Community Chorus. He won ribbons for his needlepoint designs at the Ag Fairs, and was also known for his beach plum jelly. Walter spent 10 years in Tucson, Ariz., where he worked with the Samaritan Ministries to protect rights of migrants in the desert.

He leaves his wife of 51 years, Gretchen of Gainesville, Va., and his children, Ted of Vineyard Haven, Jason of Quincy, Ill., and Marisol Gilbert of Haymarket, Va. He is also survived by six grandchildren, and his sister, Nancy Kinder of Moses Lake, Wash.

A memorial service will be held on May 19, at 11 am, at Grace Church in Vineyard Haven. In lieu of flowers, contributions in memory of Walter may be made to Vineyard House, P.O. Box 4599, Vineyard Haven, MA 02568.