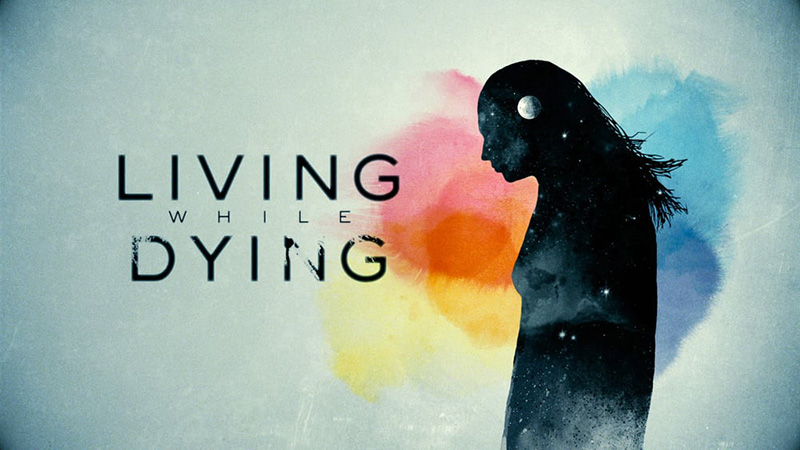 The documentary film ”Living While Dying” will be shown at the West Tisbury library on June 12 at 4 pm, followed by a Q and A with the filmmaker, Cathy Zheutlin. According to a press release, this life-affirming film deals with facing the fear of death by living life to its fullest.

In a world that sees death as something to vanquish, this 45-minute documentary presents an alternative: people living with terminal illness who greet the inevitable with courage, humor, creativity, and acceptance. Though the subject is difficult, the film is surprisingly uplifting.

In “Living While Dying,” Zheutlin sets out on a brave quest to face mortality. Death is a big mystery, yet the outcome is 100 percent certain. Dispelling traditional fears and expectations about death, “Living While Dying” invites us to reimagine and set the stage for our own inevitable endings. It offers profound opportunities to uncover value, grace, and meaning for all stages of life.

Says Zheutlin: “It’s not really about dying at all. It’s about asking, ‘How am I living today, because I actually could die tomorrow … Is the life I am living today the life I truly want?’”

“Living While Dying” launched in Portland, Ore., to a sold-out premiere at the Clinton Street Theater, surprising and delighting the audience and extended community.

“Of all the end-of-life documentaries I’ve watched … yours touched me the most deeply throughout the entire film …Your tender and sensitive filming of both their struggles and their ease with death, their embrace of life and love, is beautiful. I really appreciate your first-person perspective as well, because that is the most powerful way to connect with viewers and help them identify their own fears and denial,” said Karen M. Wyatt, a hospice physician and author of “What Really Matters.”

The film is free and open to the public.