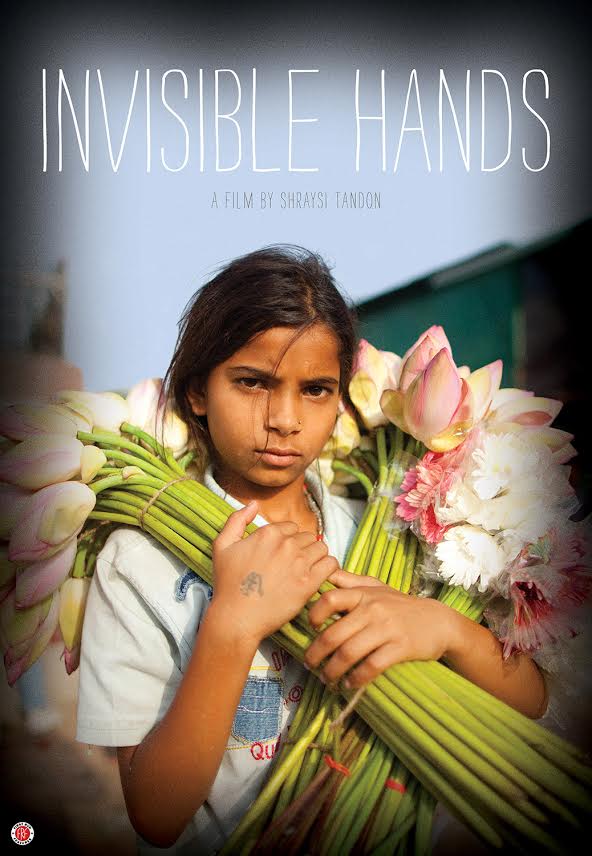 “Invisible Hands” is a prizewinning documentary about child labor and trafficking, and it will screen at the Martha’s Vineyard Film Center on Monday, August 27, at 7:30 pm.

“Invisible Hands” is the debut film of director Shraysi Tandon, who was a news reporter for ABC, CCTV News, and Bloomberg TV. She will attend Monday’s screening. “Invisible Hands” was shot in six different countries: India, Indonesia, Ghana, Hong Kong, mainland China, and the U.S.

According to “Invisible Hands,” some 200 million children work in virtual slavery across the world. Ranging in age from 5 to 14, child laborers acquire no education and suffer from a lack of proper social development. Children are sometimes rounded up to work in secret raids. Nearly every country uses children for work, ranging from Afghanistan and Turkey to the Philippines and the U.S. Children are almost never provided with proper protective equipment like boots, helmets, or gloves. Child workers suffer from accidents and exposure to toxic chemicals. One example takes place in Philip Morris’ tobacco fields, where child workers suffer from nicotine poisoning from the chemicals being absorbed by the skin. In another case in Ghana, 2 million children work in the $100 billion cocoa industry. There is no oversight, and some children are trafficked from other countries like Nigeria. China has limited child labor by making school attendance compulsory. The catch is that the same children attending school are required to work during the summer in “internship” programs. In India, the $3 billion carpet industry uses children under 14. They can be subject to torture and sexual abuse. The pay is 20 cents per hour, and children are often paid nothing.

Supply chains of corporations like Nestlé and Colgate rely on children to produce their goods. Much of their work is subcontracted, so these companies avoid taking responsibility for child labor. Countries like Indonesia have strong child labor laws, but fail to enforce them.

Critics of child labor argue that the link to poverty has to be broken. They point out that corporations can do more to stop the practice than governments. The situation is not entirely hopeless — as journalist Nicholas Kristof points out in the film, consumers can vote with their wallets.

For more information and tickets for this and other M.V. Film Center, Capawock, and Strand Theater films, visit mvfilmsociety.com.

Updated to correct a statement. Invisible Hands is not the first full-length documentary about child labor and trafficking. —Ed.