Scheller had 143 yards receiving, and Shepard ran for 48 and added 147 in the in the air in a game that was not decided until the last 2 minutes. The Vineyarders were not distracted by a lopsided 55-0 win against Atlantis Charter School last week in the season opener, but they were on their heels early against a big, tough, fast, up-tempo Lions squad that jumped out to a 14-0 lead.

The Vineyarders snapped back with 4:03 left in the first half when Shepard hit Scheller with a nifty 65-yard catch and run down the sideline to cut the margin to 14-7 at halftime.

The Vineyarders tied it midway through the third quarter on a 57-yard hookup between Shepard and Scheller. The teams traded defensive stops until the Lions cashed in on one of three interceptions and a Vineyarder offsides penalty at the goal line to take a 20-14 lead with 6:05 left in the game.

On the ensuing kickoff, Scheller turned on the burners for an 80-yard kickoff return for the apparent game-tying TD. But wait, the zebras called offsetting penalties. The Vineyarder block in the back was clearly a missed call. When the dust settled, the Vineyarders were on the St. John Paul II 41 and just missed on two throws into the endzone before turning it over on an tipped ball interception with 2:47 left.

The Lions are gunslingers, and quarterback Mike Satkevich knew he had a young secondary in front of him and launched a 50-yard completion to set up sweeps and dink passes to earn the endzone and the final 26-14 score with 1:37 left.

The Lions picked off Shepard for a third time, but Vineyarder defenders used timeouts and hard-nosed defensive play to force another Lion punt that Jayden Coyle returned 20 yards. The Vineyarder offense was in Hail Mary mode with 1:05 left, and the Lions sent everybody, forcing several sacks as time expired.

The Vineyarders competed well against a quality bunch on Friday night, and know they can play with the best. St. John Paul II is 2-0 and the 1-1 Vineyarders get their next challenge on Friday, Sept. 21, at West Bridgewater.

Updated to correct how Scheller gained his yards during the game. -Ed. 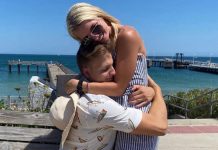 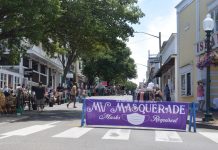 Fired-up board says no to Vineyard Grocer