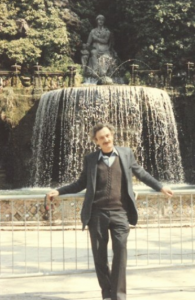 The son of David and Regina Baumrin, Stefan was raised with his brother, Leonard, in the Bronx. He graduated from Stuyvesant High School in 1952 and from Ohio State University in 1956. He received his PhD in philosophy from Johns Hopkins University in 1960 and received his J.D. degree from Columbia University in 1970, after which he became a member of the New York State Bar.

He will be missed by the many students, professors, friends, and family members who enjoyed the gift of his generosity, vitality, intellect, love of art and literature, and true friendship. Memorial service was held at Riverside Funeral Home Sunday, Sept. 23. And a graveside service is scheduled for Tuesday, Sept. 25 at 1 pm at the West Tisbury Cemetery in West Tisbury, on the Island he loved dearly.