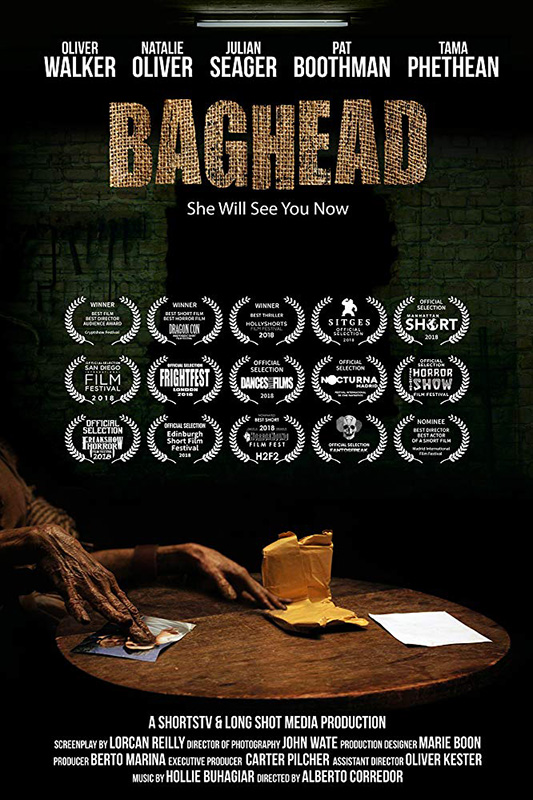 Now in its 21st year, the Manhattan Short Film Festival runs Thursday, Sept. 27, through Saturday the 29th at the Martha’s Vineyard Film Center. Viewers get ballots at the start of the program, and will pick their favorites for best film and actor across nine final films chosen for the festival — all of which qualify for Oscar nominations. Two festival shorts, “Bunny” (1999), and “Bear Story” (2015), have won Oscars.

The Film Center joins more than 300 other cinemas on six continents to view films in one of the largest short-film festivals in the world. This year, the finalists hail from eight countries: Austria, Canada, Germany, Hungary, Kosovo, New Zealand, the U.S., and the U.K. There were 1,565 entries from 73 counties.

From the U.K. comes “Baghead,” which tells a horror story about a grieving man looking for answers from his dead wife. “Fire in Cardboard City” is New Zealand’s animated entry, about a conflagration that challenges the local fire chief and his deputies to save the collapsing city’s residents, including a cat. Armie Hammer stars in the U.S. entry, “Home Shopper,” where an unhappily married woman who spends her time buying goods on a home shopping channel takes revenge on her overbearing husband. In “Two Strangers Who Meet Five Times” from the U.K., two men react differently each time they run into each other over many years, and move from hostilities to compassion. An arranged marriage planned by her strict, abusive father inspires a young woman to run away in “Her,” a film from Kosovo.

Based on a true story, Germany’s “Someone” tracks the retaliation by Red Army soldiers on a German city in the post-WWII era. One of the victims recounts her treatment during the 1945 assault, which is shown in a flashback. A Hungarian comedy, “Chuchotage,” tells the story of how two interpreters at a conference in Prague compete for one listener’s attention. From Canada comes “Fauve,” about two boys who play at an abandoned surface mine with tragic consequences. Austria submitted “Lacrimosa,” from the Roman Catholic Requiem, about a woman seeking her lost love. The title reflects the important use of music in this magical black-and-white short.

Each of the shorts will be introduced by its director. New this year is music from the festival’s Featured Music Artist competition for undiscovered musicians. The winner for 2018 is Pat Powell from Sydney, Australia, and he will sing selections from his album “About Time” during the intermission between the fifth and sixth shorts.

Founding director Nicholas Mason began the Manhattan Short Festival by mounting a screen on the side of a truck in New York’s Little Italy for an audience of 200. By 2018, the festival is expected to grow to 100,000 viewers voting to choose the best short film and actor.

Mason oversees selection of the finalists. The winner will be announced Monday, Oct. 8, on manhattanshort.com. This reviewer will report her first and second choices next week.

More information and ticketing for the Manhattan Short Festival and other films at the Film Center, the Capawock, and Strand Theater are available at mvfilmsociety.com.