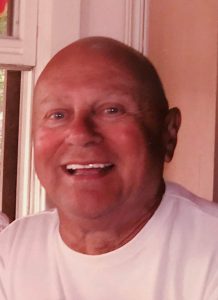 Michael was born Jan. 16, 1933, in Sturgis, S.D. He grew up in Hingham, graduating from Hingham High School and going on to Springfield College, where he earned both his bachelor’s and master’s degrees.

Michael served in the U.S. Marine Corps during the Korean War, where he attained the rank of sergeant, and was a drill instructor at Parris Island, earning multiple Expert Marksmanship awards and other commendations.

Michael retired after 30 years as an educator with the Nanuet Public School System in Nanuet, N.Y. As a guidance counselor, he created the guidance department at Nanuet’s George MacArthur Barr Middle School, and as the founder of the varsity football team and as a wrestling coach at Nanuet Senior High School, he was instrumental in positively influencing and leading hundreds of young people over the course of his career.

Mike was a renaissance man: Not only an academic and athlete, he was also a gifted poet, publishing three volumes of his work, and served as the poet laureate of Oak Bluffs. He was a member of the American Legion, a Freemason, an artist and songwriter, an entrepreneur and community leader, and a devoted member of the West Tisbury First Congregational Church, where he served as deacon. He was larger than life, well-traveled and well-read, with a sharp and quick wit. He loved life and laughter, and was outstanding at experiencing both.

Michael was predeceased by his father, Silvan G. Achille, and his mother, Mary Esther Chesney Achille, and by his cherished wife, Karen Sue Achille. Michael is survived by his brother, Carl Achille and his wife, Susan, of Hingham. He is also survived by his daughter, Christine Achille Gunter and her husband, Jack, of Donaldsonville, La.; his son, Michael Coulter Achille of South Orleans; his daughter, Jennifer DeVivo Imbrogno and her husband, Dan, of West Tisbury; his son, Mark Gerald Achille of South Orleans; his son, Lt. Col. Matthew DeVivo of Raleigh, N.C.; and his daughter, Jennifer Achille Parks and her husband, David, of Chico, Calif. He was the beloved grandfather of eight, and loving uncle to several nieces and nephews.

A celebration of Michael’s life will be held in Martha’s Vineyard at the First Congregational Church of West Tisbury on Saturday, Nov. 10, at 2 pm, with a reception to follow.