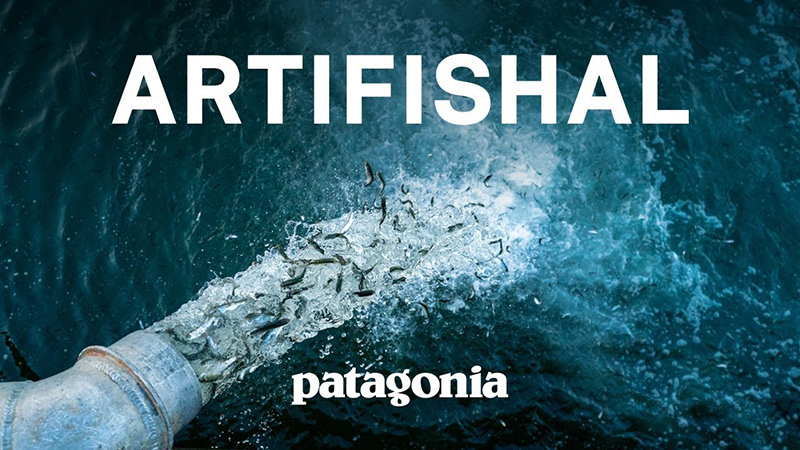 “Nature as Inspiration,” the title of this year’s Environmental Film Festival at the M.V. Film Center, arrives starting Thursday, May 23. It is the fifth year for the festival, which is co-sponsored by the Vineyard Conservation Society. As part of the event, the M.V. Student Art Show reception and awards are scheduled for Saturday, May 25.

Leading off the more than eight films is “The River and the Wall,” a compelling documentary about how a wall along the border with Mexico would impact the region. Five experts travel along the Rio Grande border by bicycle, horseback, and canoe. Austin Alvarado, from an immigrant family who crossed the Rio Grande to the U.S., works as a guide on the river. A National Geographic awardwinner whose family emigrated from Brazil, Felipe DeAndrade films the journey. Jay Kleburg serves as director of conservation initiatives for the Texas Parks and Wildlife Federation; Heather Mackey specializes in bird research as a professional ecologist; finally, Ben Masters directs the film. Their trip from El Paso to the Gulf is an informative and invigorating adventure.

“When you live here, you see it differently,” emphasizes Texas Republication Congressman Will Hurd. The border is nearly 2,000 miles long, and the wall would often not actually be alongside it. Fences have already been built for 600 miles, primarily at population centers. The Rio Grande is the fourth longest river in the U.S.

A major observation of the group concerns how a wall would affect the wildlife that moves back and forth across the border. In many cases, they will not survive, from flooding or lack of access to the Rio Grande. According to Mackey, who was surveying bird populations there, the region’s extensive habitat diversity leads to abundant wildlife diversity.

Building a wall would necessitate blasting adjacent areas, and other disruptions of terrain. In places with box canyons and arroyos, the landscape makes it more difficult for migrants to cross than a wall would. The administration’s plan for the wall includes floodlights and tall, solid concrete fences. Both Hurd and Texas Democratic Congressman Beto O’Rourke, as well as others, including Border Patrol agents, criticize building a wall, They all point out that a wall is more impractical and expensive than increasing numbers of agents and available technologies to stop migrants. The need to secure U.S. borders has long had government support without necessarily including a wall.

Farmers complain they will lose up to 1,000 or more acres of farmland from parts of a wall built across Rio Grande floodplains. Other issues include lack of access to the river’s water for irrigation and the need for the labor pool immigrants supply. Because the border has become harder to cross, an estimated 11 million illegal immigrants who have crossed the border remain in the U.S. In 1960, 1,640,000 migrants were apprehended by border control; in 2017 the figure was 304,000. This documentary is a graphic, eye-opening illustration of what a wall along the border could mean. A bonus is the breathtaking views of the region.

On Friday, “Into the Canyon” follows the 2016 travels of two journalists along the Grand Canyon and the challenges involved. Saturday brings three sets of films. “Sea of Shadows” looks at attempts to rescue the vaquita, the world’s smallest whale, from extinction. Michael Moore, director of the Woods Hole Marine Mammal Center, will appear as a special guest.

In conjunction with the M.V. Fishermen’s Preservation Trust, which will participate on Saturday, “ARTIFISHAL” examines issues including the wild salmon’s move toward extinction and threats from fish farms and hatcheries. Also on Saturday, a series of short films will play, including “Burned,” about destruction of forests for fuel. Directors Alan Dater and Lisa Mertin will lead a post-film Q and A.

On Sunday, “Inventing Tomorrow” features the ways teenagers around the world are developing solutions to environmental threats. “The Biggest Little Farm” tells the story of a city couple who moves to the country to develop an environmentally sound farm. Finally, the Icelandic fiction adventure, “Woman at War,” will close the festival. It describes how a woman uses sabotage to fight the pollution caused by an aluminum plant.

Tickets, including all-access passes, and information on the M.V. Environmental Film Festival are available at mvfilmsociety.com.