Outdoor living is here again, and lily of the valley, lilac, and especially, Viburnum carlesii scent the air. Memorial Day weekend reignites the grill. It will also find Islanders looking for plants for the cemetery. Geraniums (pelargoniums) have traditionally filled this assignment, due to their ability to flower despite summer’s heat and infrequent watering.

The newer interspecific geraniums are improvements over older zonal types. ‘Calliopes’ are one of many crosses that were bred between zonals and ivy-leaved pelargonium species. Find them at Island garden centers. The series is a strong performer, especially the Calliope ‘Dark Red.’ Calliope Splash forms are intriguing combos of different shades within one flower: not subtle.

We did get the nighttime rainfall, but it also coincided with bloom of fruit trees, and may have reduced their pollination.

June/moon/roses, right? Modern roses today have far fewer of the disease issues of yesteryear. This is thanks to rosarians’ work to breed roses that almost anyone can grow with a minimum of fuss and toxic inputs. David Austin, who has died age 92, was perhaps one of the best-known rose breeders. His English roses now fill gardens — and garden centers too, in their distinctive containers — throughout the rose-growing world.

Austin’s love affair with breeding roses was to become a lifetime passion, which in the process made it easier for the rest of us to grow the famously fussy plants. Austin’s breeding goal, to create voluptuously beautiful, fragrant, healthy roses, stimulated other rose growers to seek similar goals. The result is a multitude of roses that actually grow and bloom easily, especially important in a humid Island climate heavy with heat and bacterial spores.

Once a month, side-dress and scratch in around each rosebush one to two cups of organic soil food (fertilizer). Regularly inspect for aphids, and deadhead spent blooms. Roses appreciate sunlight — there are few shade tolerant ones — and about an inch of water per week.

Spring after spring for over 30 years, pulmonarias here, descended from an original gift plant, sport their patterned foliage and pretty umbels of pink to bright blue flowers without fail. In gardens increasingly under deer pressure, this is the real gift.

Pulmonarias are woodlanders, low and shade-tolerant, not plants that supply a spring bouquet, and yet — how eye-catching and decorative they are. There are 10 to 18 species of pulmonaria, according to the “Encyclopedia of Perennials,” many of which have silvery, white, or pale green spots on hairy foliage. Plants self-seed, although named plants are propagated by division, as seedlings rarely come true. Dappled shade and humus-rich woodland soil that does not dry out are ideal for pulmonarias, but they perform effectively as bedding too. White- and red-flowered forms exist.

Two weeks ago, I mentioned using comfrey as a living plant aid, via the technique of transplanting comfrey seedlings next to plants that might benefit from their proximity. Their strong root systems pull up minerals from deeper soil levels.

Moreover, excess comfrey leaves and whole plants can be made into a liquid feed and soil drench — a stinky one, it should be mentioned. Handfuls of comfrey leaves are left to soak in a lidded (to contain the manure-like smell) five-gallon mud bucket for three to four weeks. It is strained and used diluted as a liquid feed when planting, transplanting, spraying, or just plain watering.

I also use a comfrey leaf when transferring seedling plants into the garden. “Plant” a leaf in the soil several inches below the transplant’s root ball.

Pruning of shrubs currently flowering: Before or until around June 21, prune or shape the shrubs that flowered during the current spring. After the summer solstice, or thereabouts, these shrubs will be directing their energies to forming the flowering buds for spring 2020. Like so many other processes that occur under the sun here on earth, it is in part light-mediated.

Again, using vigorous forsythia as an example (“Garden Notes: Spring is in the air,” April 11), the bushes grow strongly, and rapidly acquire canes that are overmature or crowded. Renew the shrub by observing which are larger or whose bark has a warty or unhealthy appearance, and then completely prune those out.

Depending on the size and vigor of the shrub, remove as many as five of them, cutting at the cane’s base. Tip-prune also at this time, by shortening long, arching branches, making them grow stockier. The shrubs respond by bushing out with fresh growth from the base.

My Edgartown GP diagnosed “atypical rheumatoid arthritis” when I fell very ill in 1971. My mother, hearing the term “arthritis,” lectured me on controlling “unresolved anger-management issues.”

Dozens of Lyme disease books have been written. Islanders afflicted by tick-transmitted illnesses have read many: Some describe coping and treatment, some testify to Lyme’s devastation, and some investigate how it entered our lives and ecosystem. “Bitten: The Secret History of Lyme Disease and Biological Weapons,” by Kris Newby (HarperCollins, 2019) is one of the latter.

Conspiracy theorists zero in on Plum Island, the location of a former U.S. government biowarfare laboratory, which is the subject of Michael C. Carroll’s 2004 book, “Lab 257,” (also HarperCollins). It is about 75 miles directly upwind of Martha’s Vineyard, off the eastern end of Long Island. “Lab 257” exposed the existence and hazards of the germ warfare experiments conducted there.

Newby’s “Bitten” reads like a thriller, and is an account of the Cold War biowarfare origins of tick-transmitted diseases, yet it mentions Plum Island only tangentially. Its subject is instead the defense work of Willy Burgdorfer (1925–2014), the biowarfare researcher for whom the Lyme disease organism, Borrelia burgdorferi, is named. The goal: to produce tick-vectored diseases difficult to diagnose or cure. 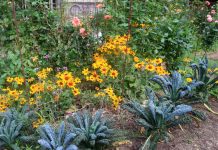