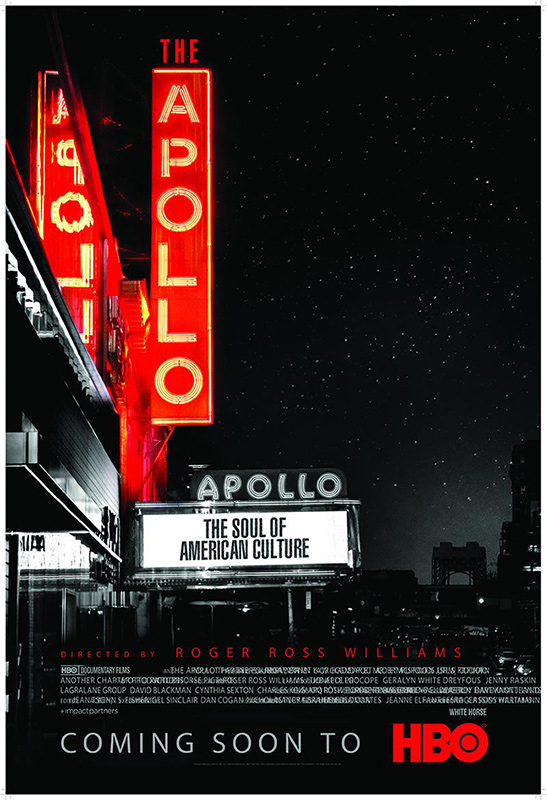 Few stages in America can say they launched the careers of legendary artists and performers. The Apollo in Harlem is one of them. Now, for the first time, a new documentary has captured the theater’s 85 years of existence.

“The Apollo,” created by HBO, opens on the Apollo’s stage, with viewers looking out at the audience, as so many performers have done before. It goes on to celebrate and bring awareness to the history of the famed theater that saw acts like Aretha Franklin, Stevie Wonder, Marvin Gaye, James Brown, Gladys Knight, and James Brown.

The film speaks to the power of art, Lisa Cortes, a producer for the film, told The Times in a phone conversation. It is about the importance of historical moments, but also about the connection between music, race, and American history. “It is home, it is church, it is a place that is graced with the spirit and energy of all these incredible artists,” Cortes said.

The Apollo’s history stretches to 1914, when it was the Hurtig & Seamon’s New Burlesque Theater, a theater opened for whites only. It became the Apollo in 1934 when it was opened to black patrons. In 1991 the theater was purchased by the State of New York, which created the Apollo Theater Foundation to run it. As of 2010, the Apollo draws an estimated 1.3 million visitors annually.

Fans of the Apollo will notice familiar quirks, like the Tree of Hope stump that every performer who has gone onstage has touched for good luck, and amateur night, the one night a week when amateurs are given a chance to shine onstage.

Steeped in talent, amateur night is the inspiration behind shows like “American Idol” and “Star Search.” Singer Lauryn Hill was one of the many artists who sang on amateur night. Hill was even booed as she sang, but went on to become a Grammy awardwinning artist. Jimi Hendrix won the first place prize in an amateur contest in 1964.

While honoring its deep history as a place where African Americans could perform live, the film does not stray from promoting the theater’s future events, one of which involves writer Ta-Nahisi Coates, and is followed closely throughout the film.

Between old footage of the Apollo and interviews with modern stars, the documentary follows a group of performers rehearsing a stage performance of Coates’ book “Between the World and Me,” which was written as a letter to his son about being black in America.

The entire documentary came to life due to the talented eye of director Roger Ross Williams. Cortes praised the efforts of Williams, and his “unique” ability to tell a story.

Williams has a lengthy career in film, and is known as the first African American director to win an Academy Award, with his short film “Music by Prudence.”

“He has a really wonderful way he tells stories,” she said. “What was important was that people understood the history of the Apollo, and that it’s a living institution.”

For Cortes, the film is about looking at the role art plays for African Americans, and how it brings them out of oppression.

Whether it’s blues, rap, or rock, comedy or tap dancing, professional or amateur, the Apollo has had it all — and there’s certainly no sign of it slowing down anytime soon.

“The Apollo” will be screened at the Martha’s Vineyard African American Film Festival on Friday, August 9, at 8 pm at the Performing Arts Center. Visit the MVAAFF website, mvaaff.com, for tickets and more information.