After three years of researching, digging, and sifting, the U.S. Army Corps of Engineers wrapped up its World War II munitions and aircraft removal efforts on land and inland waters of Cape Poge Bay in June, uncovering guns, aircraft parts, and what are believed to be human remains.

“We did find what we believe to be human remains,” Carol Charette, the recovery’s project manager, told The Times Wednesday.

Once the remains were discovered, they were immediately sent to the Boston Chief Medical Examiner’s Office. Throughout the rest of the project, the Corps coordinated with the Examiner’s office. If the remains are determined to be those of military personnel, Charette said they will be further examined by Dover Airforce Base, which conducts examinations of armed forces.

The Edgartown site was used to train naval aviators during and immediately following World War II, according to the Army Corps of Engineers website. Cape Poge was formerly the Cape Poge Little Neck Bomb Target Site.

Fieldwork for the project began in March 2016, and included biological surveys, vegetation removal, geophysical surveys, and the removal of MK-23 WWII munitions. The munitions removal projects were conducted in the interest of public safety.

On land, engineers found and removed 2,061 munitions and explosives of concern (MEC) and 19,842 munitions debris (MD).

In the Cape Poge Bay waters, engineers used divers and a barge to conduct an underwater search — they found 1,774 MEC and 133 MD.

While geophysical mapping was done at the site, engineers detected a bevy of small metallic objects in the water, and one large metallic object. “We knew we found an aircraft when we found a propellor blade and a machine gun,” Charette said.

During their efforts in the Cape Poge waters, engineers recovered the remnants of a World War II era Curtiss SB2C-4E Helldiver. The Naval aircraft was a surprise discovery for the engineers. The aircraft then fell under the Sunken Military aircraft act of 2004, which states sunken Navy aircraft cannot be disturbed without permission from the Navy. Engineers coordinated with the Naval History and Heritage Command’s underwater Archaeology Branch, using divers and a barge. Some 1,312 aircraft artifacts were recovered, including three propeller blades and two Browning .30-caliber machine guns. A dash-mounted compass containing radium was disposed of as low-level radioactive waste through a licensed waste facility.

Some of the artifacts recovered, which included pieces of helmets, uniforms, and a penny, were shipped to Texas A&M Conservation Research Laboratory — some to be conserved, others to be x-rayed and evaluated for historical significance. Once completed, all the artifacts will be curated at the Naval History and Heritage Command and available for loan to museums.

Bonnie Stacey, chief curator at the Martha’s Vineyard Museum, could not immediately be reached for comment.

Many of the aircraft artifacts recovered were deemed insignificant debris, small scraps of metal that were documented and recorded, but eventually shredded as scrap metal.

The engineers will continue to monitor the sites annually. Monitoring includes evaluating the re-establishment of all vegetation, annual ordnance training for local rangers and first responders, inspection and repair of signage, and munitions tracking.

Updated to include more details, including the discovery of human remains and the total cost of the project. 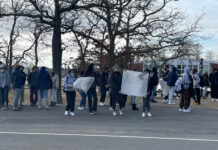 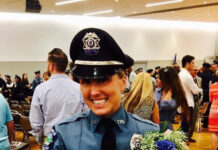