And now for an encore to a magical season.

The Martha’s Vineyard Regional High School (MVRHS) girls and boys Division 5 cross-country teams are lacing ’em up for the 2019 season, with big shoes of their own making to fill.

In 2018, the young girls team won a first-ever EMass D5 crown outright for MVRHS, then finished fifth in the state overall the following week, while the boys got veteran performances from rookie runners to finish fifth in EMass, and ninth in the state.

Lofty territory, but longtime Coach Joe Schroeder says his charges are setting expectations for themselves. “It’s exciting to see the expectations both teams are setting. The boys, particularly, watched the girls’ championship season and want to compete for their league and division championships,” he said last week.

The good news is that Schroeder has 34 athletes this year (nine girls and 25 boys), compared with 31 (eight girls and 23 boys) last year. The bad news is that top runner Owen Portferfield graduated along with Enrique Contreras in June, and that Amber Cuthbert, a cross-country mainstay as a sophomore last year, has a season-ending leg injury.

will captain the girls’ team for the second year. “My sense is that Catherine is ready to make it a special year,” Schroeder said.”Yayla DiChiara has been sick, and isn’t ready yet to practice regularly, so we’re trying to find five girls who’ll start the season, We’ll figure it out. We plan with the end of the season in mind.

“Our younger kids rose to the occasion last year. Freshmen Zach Utz and Borja Tolay were key contributors for the boys, Eloise and Annabelle Christy ran as eighth graders, and made big contributions to the girls’ championship run. So we have a good balance of talent throughout the grades.

“We have six freshman boys, so their development is an unknown in the first week of practice, but I really like the boys’ team mindset. We have in-team competition for starting spots at meets, and I know that Jon Norton and Duncan Brown, for example, got a taste as freshmen last year, and they want to be up there.

“What are the possibilities this season? If they can run up to their capabilities, we’re going to be a factor at the end of season.” Now, the Cape and Islands League makeup has changed this year, Schroeder said, noting that the Vineyarders are ranked fifth in combined divisions 4, 5, and 6 in eastern Massachusetts. Three of the teams ahead of MVRHS are in D5 with his team.

“We have a nice [read: difficult] schedule this year, with Sandwich, Barnstable, Falmouth, Dennis-Yarmouth, and Nauset. Nauset and Sandwich went to All-States last year. That competition will help us prepare,” he said.

“One thing I always tell the kids is that you are only as good as your opponents. Running against Feehan [Bishop Feehan, track mega-power] all those years in the Eastern Athletic Conference helped us to get better,” he said.

The Vineyarders get their first 2019 test on Saturday, Sept. 7, when MVRHS hosts its annual Vineyard Invitational kickoff event, with 800 runners from around the state setting up on the MVRHS campus to race for the first time this season. 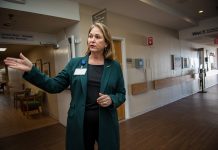