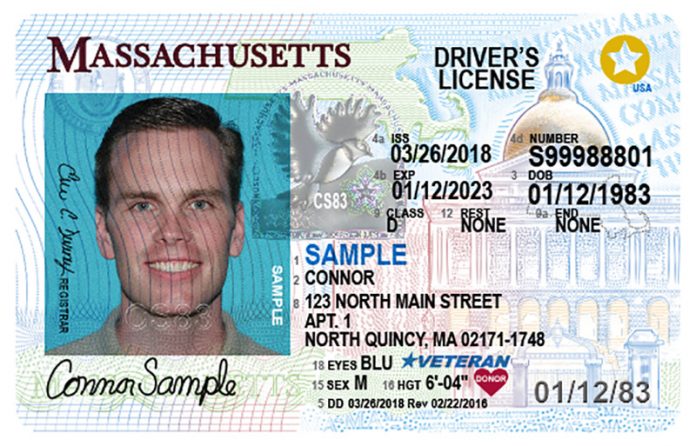 This week’s column aims to tackle one of the most talked-about subjects in the immigrant community of late: the Real ID Act. I wrote about the matter over a year ago, and should there be any residual questions regarding the Real ID, I hope that this column provides people with some helpful information. The Real ID Act will go into effect less than a year from now, on Oct. 1, 2020.

What is the Real ID Act, and why is it being implemented?
This new form of ID has nothing to do with the Trump administration. The Real ID Act is a response to the terrorist acts of Sept. 11, 2001. Some of the airplanes’ highjackers obtained their IDs either fraudulently or through Virginia, a state that did not have rigid stipulations for issuing IDs or driver’s licenses. Each state has its regulations for issuing a driver’s license. States such as Maryland, Washington State, New Mexico, and Vermont are among the states which granted people without Social Security numbers a driver’s license, which individuals could also use as a form of ID to travel domestically, etc. That is different from what Connecticut — as an example — offers. Connecticut has the Drive Only program, which allows undocumented immigrants who live in Connecticut the opportunity to apply for a driver’s license for driving purposes only, which is different from the state’s license, which among all of the other licenses from the 50 states will continue to be accepted as a form of ID to travel domestically until Sept. 30, 2020. The Real ID Act was signed during President George Bush’s administration in May 2005.

Will people continue to be able to present their foreign government-issued passport — the Brazilian passport — as an ID to travel domestically?
Yes, and here is the link to the U.S. Homeland Security website: bit.ly/2kNyiec — Transportation Security Administration — that contains this information. Foreign passports are the 11th on the list of accepted documents, should an individual not have a driver’s license with the Real ID star.

What is the process to obtain a Massachusetts driver’s license that signifies compliance?
Individuals who would like to continue to use their licenses to travel domestically (everyone traveling internationally needs to present their passport; it is only within the U.S. that people can use their driver’s license) will have to go to their local DMV. The process cannot be done online. People will have to take to their local DMV documents supporting their American citizenship (passport, birth certificate), their legal alien status (green card), Social Security card, or paystub and tax forms, along with two proofs of residency, such as a utility bill. More information can be obtained on the Massachusetts DMV website, and here is a helpful video: http://bit.ly/2lRMfrY

Do you need a Real ID?
Not everyone will choose to go through the process, even American citizens. If an individual only uses a license as a means of identification not related to entering federal buildings, such as military bases, nuclear plants, for driving purposes, then they don’t need a Real ID. Airports are considered federal facilities, which is why the Real ID Act will affect individuals’ ability to board flights without a driver’s license in compliance with the Real ID Act. Also, a driver’s license in compliance with the act is not required when you might be asked to show ID. Examples are voting or registering to vote, applying for or receiving federal benefits, and more.

Will this new regulation affect immigrants who already travel domestically using their foreign passports?
No. If you have been traveling by airplanes to Florida (as an example), and you present your passport to board a flight, nothing will change. As already stated, foreign passports will continue to be a form of identification accepted by TSA.
I will likely write more about this topic as we approach the date of the federal implementation, but other than hopefully bring information regarding questions people might still have about it, I would like to make a suggestion. I understand that traveling to Brazil by means other than by plane is not an alternative, but if you are traveling throughout the U.S., trains are a great way to get around. Train travel offers comfort only at times available via first class, beautiful scenic views, among other advantages. Most forms of aviation release carbon dioxide as well as other greenhouse gases into the Earth’s atmosphere, which contributes to the acceleration of global warming. Given how climate change is a subject that no one has the luxury to pretend is not real, traveling choices are another essential aspect of how we choose to live our lives.

Everyday Teaching: How to teach through questions