“I think a lot of people on this Island would be supportive and want to see this happen,” he said.

Tisbury energy committee chairman Bill Straw asked Davis if he would act if all six Island towns supported electrifying the SSA fleet in the next round of annual town meetings.

“It could be an expensive proposition,” Davis said. He pointed out he would need to bring the matter to the SSA board for deliberation. As he did when his stance was sought on the subject at a July 24 meeting, Davis said the U.S. Coast Guard needs to appraise and certify the onboard safety of the lithium-ion batteries needed to power such vessels.

The SSA anticipates a net income of $2.4 million in 2020, a figure it deems too low. In order to arrive at a net income of $7.4 million, a number the ferry line finds more secure, it has proposed increasing fares. The proposed fares include premium rates for weekend travel during the summer. Passenger fares are not affected. 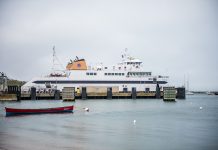 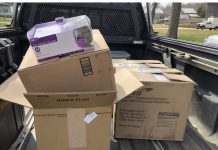