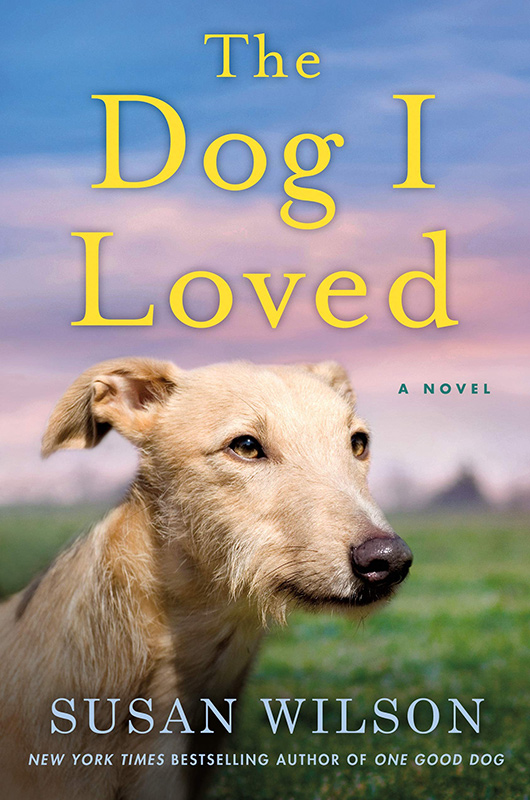 We meet protagonist Rose Mary Collins, former coffeehouse barista and recent graduate of a woman’s Ivy League school, as she completes the third year of a 20-year sentence for voluntary manslaughter in Susan Wilson’s just-released novel.

Rose’s new career revolves largely around getting tough and dead inside, and getting used to an overwhelming sense of gray, the color of her environment and, she believes, the color she must embrace internally to survive.

In her latest and most dynamically rendered book, Wilson has researched and written an engrossing portrait of the effects of incarceration on mind, body, spirit. Think “King Rat” by James Clavell as a comparative description of the awful and counterintuitive changes we must make to survive in captivity.

Wilson writes New York Times bestselling books about relationships between dogs and their people. And this is her sixth book in that category. So that’s what I was expecting as a reader, and I got that. But there’s more, plenty enough for you to “own” this book long before the first canine appears.

Rosie Collins comes from a big Irish Boston blue-collar family, was an achiever, and scholarshipped at Smith, the same school that Cecily Foster attended. Cecily, from old Connecticut Yankee money, and lots of it, is the mother of Charles Foster, Rosie’s love interest, though we use the term loosely.

Four years earlier, after exiting a restaurant in Connecticut, Rosie had taken the wheel of his classic Camaro in place of a drunken Charles, who then staggered behind his car as Rosie backed up. Oops, goodbye Charles. Cecily responded with the fury of the Harpies, suborning the investigation of the incident, and turned Rosie’s public defender to boot, resulting in Rosie being handed a 20-year bit.

Now a veteran prisoner, Rosie is approached by LaShonda Greene, her latest cellmate, with an idea: Volunteer for a program training service and therapy dogs for people with disabilities. Rosie’s been working on the veneer of her hard prison crust, but LaShonda persists, and Rosie trains Shark, a brown Lab, for U.S. Army Captain (ret.) Meghan Custer, whose combat career in Iraq and Afghanistan ended when a roadside bomb put her in a wheelchair.

And we’re off. Meghan and Rosie become friends; Rosie trains several more dogs in the next few years. After six years in prison, Rosie’s made some friends on the outside through her dog training. One of them tugs on a justice advocacy group that reviews the case, and her sentence is vacated for “mistakes” in the investigation and in her legal representation.

More is revealed on the Cecily Foster revenge front, but Wilson gives us a symphony of events and relationships with dogs and people and places, including Dogtown, a real place divided between the city of Gloucester and the town of Rockport. According to legend, the name of the settlement came from dogs that women kept while their husbands were fighting in the American Revolution.
In her Acknowledgements, Wilson allows that “The Dog l Loved” was a complicated book, and it is. Given the nature of the plot — the prison environment, the physically and emotionally damaged characters for whom the dogs are being trained, the need for Rosie to adapt to several dramatic shifts in her life condition, and Wilson had written herself a handful. She did it well, and used research and resources to good effect.

For example, we asked the author how she researched the inmate mind to such an impactful degree. Wilson replied in an email that “I have the greatest luck to have the Rev. Tina Rathbone as a good friend. She literally wrote the book on women and prison — ‘A World Apart: Women, Prison, and Life Behind Bars,’ Random House, 2005. Much of what I wrote about Rosie’s prison experience was largely based on elements within this book, and used with Tina’s blessing … and was some pure authorial chutzpah.”

Wilson did not have to go far afield to learn about Dogtown, thanks to Island author Tom Dresser’s “Dogtown: A Village Lost in Time.” “This book would never have been conceived without [Dresser’s] history,” she said.

Fresh from a book signing at Bunch of Grapes, Wilson will be at the Literary Cape Ann book festival in Rockport on Saturday, Dec. 7, and is planning an upcoming interview with host Laurel Reddington on radio station WMVY’s Sunday program, “Vineyard Courant,” in the near future.