The Island Housing Trust (IHT) recently finished construction of and is accepting applications for six new townhomes on Greenwood Avenue in Vineyard Haven, according to a press release.

Completed applications are due at the Dukes County Regional Housing Authority office at 21 Mechanics St. in Vineyard Haven no later than 5 pm on Friday, Feb. 14.

According to an info packet from the Dukes County Regional Housing Authority, two of the townhomes are offered for $240,000 to households earning 80 percent or less of the local median income, and four are offered for $320,000 to households earning between 80 percent and 100 percent of local income. The residences are anticipated to be sold by IHT in April.

Breeze Tonnesen, director of communications and operations for IHT, said that without the immense support of their partners, donors, and the Community Preservation committee, the addition of these new properties would not be possible. 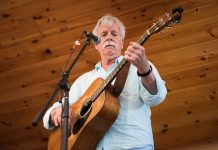