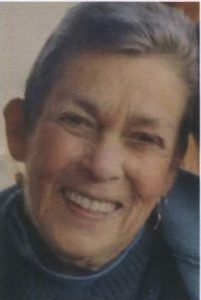 Priscilla worked at St. Thomas Church in Millis as a religion education coordinator and a counselor for AFI for exchange students.

She was the loving wife of Charles Sinatra; beloved mother of Juliane and Suzanne Sinatra; sister of Barbara Nolan and the late James Nolan; niece of Rachael Laskowski; grandmother of Johanna and Zachary Leazott. She is also survived by cousin Diane and Bill McCourty, aunt Phyllis Nolan and her children, and aunt Nellie Wall and her children.

The funeral was from Roberts Mitchell Caruso Funeral Home, 90 Curve St., Millis, on Friday, Dec. 13, followed by a funeral Mass at St. Thomas the Apostle Catholic Church in Millis. Burial was at Prospect Hill Cemetery, Millis.