Stacks of old books were spread about a table inside Lynn Thorp’s Woodside Village apartment. Each book was earmarked with sticky notes and annotations — well-read, and well-studied, cover to cover. Some pages were yellowed with age. Others, you could just tell, were old, adorned with dated graphics and nostalgic illustrations. Aside from being well-worn, the contents of each book shared another trait — they were all about sign language.

Martha’s Vineyard and sign language go way back. The history is fascinating, and often overlooked. Thorp, a longtime Island resident, is committed to reviving and reintegrating the legacy of sign language on Martha’s Vineyard — a legacy that embodied inclusivity and helped pioneer a form of communication that’s still used today.

In the late 1600s, immigrants from Kent County, England, began to settle on the Cape and Islands. Jonathan Lambert was the first known deaf person to arrive on Martha’s Vineyard. In 1694, Lambert, his wife, and seven children settled on the Island. His wife was not deaf, but two of their seven children were. Historians say the Lamberts used a form of regional sign language developed in Kent — what would eventually evolve into what’s known as Martha’s Vineyard Sign Language (MVSL). And as the deaf community grew, MVSL became an integral form of communication on the Island.

By 1710, migration here had stopped, but a community that contained a high incidence of hereditary deafness persisted for more than 200 years. Chilmark had the highest concentration of deaf people — an average of 1 in 25. “But somewhere closer to 25 in 25 knew how to sign,” according to a 2015 Atlantic article, “The Life and Death of Martha’s Vineyard Sign Language.” The incidence of deafness on the mainland was 1 in about 5,700.

Whether you were deaf or not, residents on Martha’s Vineyard knew how to sign as naturally as spoken English, and in every combination: “Between deaf people, between deaf and hearing, and from one hearing person to another,” Thorp said. The Atlantic article put it well: The language didn’t belong to the deaf community; it belonged to the town.

“People tended to think of the deaf folks in Chilmark as individuals first, and not about their disabilities, except in a peripheral way,” M.V. Museum historian Bow Van Riper told the Atlantic.

In 1817, the country’s first deaf school opened in Hartford, Conn., now known as the American School for the Deaf. Many Martha’s Vineyard residents enrolled there, bringing their knowledge of MVSL, which eventually helped shape American Sign Language (ASL) — now one of the largest community languages in the country. But as more deaf people migrated to the mainland, fewer signed on Martha’s Vineyard, and eventually, MVSL completely phased out. The last deaf person born into the Island’s sign-language tradition was Katie West, who died in 1952.

Fast-forward to the early 2000s, Thorp moved to Martha’s Vineyard. Her husband is hard of hearing — some of her neighbors are, too: “I thought, well, wouldn’t it be interesting to learn sign language, and better communicate with people around me?”

So she recruited a few fellow residents to meet and try to learn how to sign every week. They referenced two key resources: Nora Ellen Groce’s book “Everyone Here Spoke Sign Language,” and a series of 1989 teachings called “Interax.”

“We met for a number of years,” Thorp said. But as members moved away and passed away, the group faded. “The idea of Nora Groce’s book and the deaf community stuck with me,” Thorp said. And thus began about a decade of work to not only learn how to sign, but to understand its history, share it with others, and consider the use of sign language today and in the future.

The first thing Thorp did was get permission to use the Interax sign language course. Thorp compiled all the lessons, recorded her own introduction, and edited together classes that air on MVTV every week at the same time: Saturday at 9 am, Tuesday at 7:30 pm, and Thursday at 3:30 pm. With the help of a Local Cultural Council grant, Thorp turned the lessons into DVDs, which are available at all Island libraries. Thorp considers herself a facilitator, not a teacher, and offers workshops at libraries from time to time. She recently recruited a teacher with a degree, Donna Jancsy, who assists in a story hour at the Vineyard Haven library: Monday Morning with Weezy. She also leads practice circles Tuesdays at the West Tisbury library.

Thorp sees a need for sign language on the Island, and a lack of educational resources. She approached the school superintendent and asked if they might consider ASL education, “especially in grades K through 3,” Thorp said. “In high school, too, if it were something students were interested in.”

Thorp said Island schools are open to the idea, and in Edgartown, they’ve adopted a sign language class, offered through the school’s enrichment program, led by Sue Costello.

In addition to schools, Thorp pitched the need for sign language in places like the Vineyard Nurses Association.

Simple things like, “Are you hungry?” Thorp motioned her hand to her mouth. Or, “I have to go to the bathroom.” Thorp tucked her thumb between her index and middle finger, making a fist. “Things like that, so people who are older and have voice problems can communicate with family and friends … wouldn’t it be great just to have a second language again?”

Thorp finds the prospect fascinating, and has spent hours tracing the history with archivists at the American School for the Deaf, as well as with Van Riper at the museum. There’s a large aspect of MVSL that will remain unknown — the language wasn’t well-documented by the deaf community. Joan Poole Nash, however, has compiled a collection of approximately 500 MVSL signs, Thorp says. She learned some from her grandmother while growing up, and interviewed others who signed in the deaf community before the hereditary deafness faded out.

And Thorp has rounded up a lot of information. She’s created two different wall calendars with finger-spelled months, and a brief history of the connection between the Vineyard and the American School for the Deaf in Hartford, Conn., with students’ names, birthdates, parents, siblings, admittance and graduation dates, notes, studies, career choices and more. She’s also created 5- and 9-minute documentaries for the Chamber of Commerce website and for Martha’s Vineyard Museum. She’s currently working on a 30-minute documentary for MVTV. Thorp intends to compile additional volumes of “Interax” tapes. She is helping the M.V. Chamber of Commerce, which recently allotted grant money, to develop a Martha’s Vineyard deaf community website.

“How do we reach people?” Thorp said. “How do we let people coming from off-Island know that ASL developed from Vineyard signs? Wouldn’t it be great to have a website that talks about all of these things?”

The museum, the chamber, and Thorp are developing a driving tour map of the deaf community. Parts of the tour include Abel’s Hill, “where many of the people from Chilmark’s deaf community are buried,” Thorp said. Another stop is the home of Katie West, part of the Chilmark library, and the Chilmark General Store, which was also a Post Office for the deaf community. And according to Thorp, deaf people already visit the Island on bus tours: “We know people are interested,” she said.

Her offer is to reinstate sign language as a second language on Martha’s Vineyard “to meet our present need,” Thorp said. “That’s what it did all those years back. So why not now?” 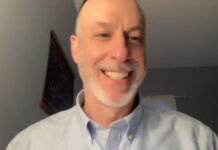