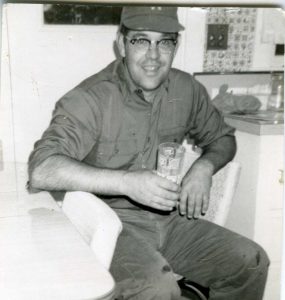 Sherman Francis Burnham died on March 14 at the Martha’s Vineyard Hospital after a brief illness. He was born October 24, 1931, in Oak Bluffs to Sherman C. Burnham and Melba Crowell Burnham (later Jordan).

Martha’s Vineyard was home to him for his entire life, and he loved to reminisce about his many fond memories of growing up on his family’s farm at the west end of Mattakesett Creek and in the neighborhood of Ocean Heights, Edgartown, where there were always enough kids around to field two baseball teams, or to embark on any adventure you could think up. He loved the outdoors, exploring the Island’s woods and fields, and especially as a young man, enjoyed hunting deer, ducks and rabbits.

He attended Edgartown School through high school. An avid baseball fan and player, he pitched for the school team and maintained his love of the sport throughout his life and even got to see his beloved Red Sox win not just one, but four World Series Championships, despite his staunch belief that he would “never live to see it.”

After high school, he joined the family trade of carpentry, working with his dad, uncle and cousins. Together they worked for several Island names, including KT Galley, John Black, and Jim McDaniel. While working for McDaniel, he teamed up with his future business partner, George Magnussen, and after McDaniel’s death, the two started their own very successful contracting outfit, Burnham and Magnussen in Edgartown, where he worked until his retirement.

Sherm loved his work, and while he was known as an excellent carpenter, he was perhaps better known as a famous practical jokester, and loved nothing better than planning and executing elaborate pranks, from which no co-worker, whether seasoned old-timer, or college-aged summer lumper was spared. He was especially proud to realize a life-long ambition of acquiring a gorilla suit (a birthday gift from three conditioned enablers, aka, his daughters), and while working with his crew to repair the roof of the Historic Whaling Church in Edgartown, was able to live out his King Kong dream by donning the suit and climbing the famous clock tower to the delight and befuddlement of onlookers below.

He married twice, first to Mary Waller with whom he had three daughters, Elizabeth, Rebecca, and Jessica, and later to Ruth Meyer. Not surprisingly he was every bit as much of a practical joker at home as he was at work. His girls have many stories including a wild demolition derby type ride through the junkyard behind their Herring Creek Road house before junking his old blue Chevy. Poor Raymond Teeter, who worked for him and also lived in the camp behind the house, was often the target of his elaborate plans. He enlisted the girls, all under 10, in most missions. One they particularly remember is rigging a bucket of water over Teeter’s door so he would get wet when he opened it. Unfortunately it got very cold that evening and instead he was clocked with a solid bucket of ice. He was also fond of a tall tale. One that stands out is that he claimed there was a whale stuck under Big Bridge. The girls dutifully donned coats and shoes and went to see the “whale” which “must’ve gotten itself loose” by the time they got there. Soon after when he came home saying there was a seal on the ice by South Beach they refused to believe him. There was also a family of grizzly bears that lived in the woods behind the house, and the kids were constantly on the lookout for signs of the elusive “side-hill gouger” and listening for the “thundering wingbeats of the Great Bull Robin.”

After retirement he began many happy years doing just what he felt like and nothing but. He enjoyed a special bond with his first grandson, Noah. They spent many fun days exploring Land Bank trails, fishing, kayaking, and golfing. He was a special Grampa to all three grandchildren —- Noah, Martha and Manuel. He loved nothing better than giving a small kid the biggest thing he could find whether it was a stuffed animal or an ice cream cone. He did worry about his relationship with granddaughter Martha for a while after terrifying her on Halloween by greeting her at the door dressed in the above mentioned gorilla suit. He enjoyed golfing at the Edgartown Golf Club for many years belonging to the Night Crawlers, Over The Hill Gang, and The Unwashed. He treasured his time at the course playing with friends including Ted Morgan, Marty Mard, Arthur Winters, Bob Gardner, Dick McCarron and many more.

He is survived by his three daughters, Elizabeth, Rebecca and her husband Timothy Cannon, and Jessica, his sister Virginia Omar and sister in law Hanola Burnham. His three grandchildren Noah Scheffer (Lauren), Martha Scheffer, Manuel Hernandes Burnham and one great grandson Isaac Scheffer. He was predeceased by his father Sherman C. Burnham, mother Melba Jordan, and brother Marvin Burnham.

Due to current concerns (and quite frankly, his druthers) a private family graveside service will be held. In lieu of flowers, donations may be made in his memory to The Founder’s Fund of Edgartown Golf Course (which benefits Island Youth) P.O. Box 205, Edgartown, MA 02539.

Arrangements are under the care of the Chapman, Cole and Gleason Funeral Home, Edgartown Road, Oak Bluffs. Visit www.ccgfuneralhome.com for online guest book and information.

No fireworks, but visitors still came