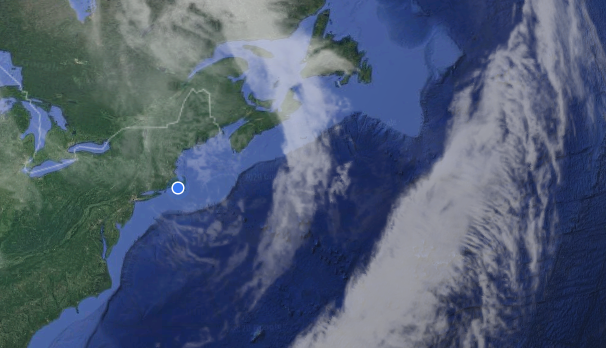 Fifty years ago today, 20 million Americans — 10 percent of the population — gathered in the streets of cities and towns large and small to mark the planet’s first Earth Day.

The event  — and the organizers deliberately did not want to call it a celebration — was at least eight years in the making. Inspired by Rachel Carson’s 1962 book “Silent Spring,” U.S. Sen. from Wisconsin Gaylord Nelson proposed the idea of having a national “teach-in” day to raise awareness about pollution. In 1969, Union Oil spilled 100,000 barrels of oil a day for 10 days into the channel off Santa Barbara, Calif. — one of the world’s gravest environmental disasters in history at that point, focusing international attention on the need to raise awareness about the assaults on our environment. A Harvard grad student named Denis Hayes became the national coordinator of Earth Day.

From the start, the idea was not so much to get people to pick up litter but to create a swell of activism around the idea that we had to start paying attention to our environment.

On Martha’s Vineyard, a group of environmentalists, organized by an early Vineyard Conservation Society, recruited Islanders to comb the beaches and pick up litter, not just to get the trash out of the woods and waters but to shine a light on the care we needed to focus on our planet.

Islander and former Times copy editor Whit Griswold wrote of that day in a story three years ago. “When I heard about the inaugural Earth Day coming up on April 22, 1970, I decided to pitch in. Action was in the air at the time, and I inhaled it. Idealism was in the air, too: The world was ours for the changing.

“On the Island, the focus of Earth Day was the Clean Earth Walk, organized jointly by the Vineyard Conservation Society … Spreading out across the Island, participants would pick up litter along various roadways. We would meet at the end of the day to amass and photograph our haul at the West Tisbury dump, where there was a primitive recycling setup. And then we’d go home — feeling virtuous, I suppose, if we tended that way.

“Mal Jones, Prudy Whiting, Candy Kasner, and I were assigned to Old County Road, using my Army surplus ¾-ton pickup truck to collect whatever litter we found along the road. Mal, an inventor and activist with a creative approach to improving mankind, had lived on Deep Bottom Cove on the east side of Tisbury Great Pond for 20-plus years. Candy had come east from Oregon to visit Soo Whiting at her family’s place on the Chilmark side of the pond. Prudy was the youngest of the Whiting clan, which had practically invented West Tisbury, it seemed to me, and definitely personified it.

“It didn’t take long — maybe a couple of hours — to become disgusted by the amount of crap we found, and we began to question the script for the day. Would a cute account and a photo in the Gazette persuade anyone to stop using public property and the great outdoors as a dump? Sure, we’d get kudos from the good ladies at the Garden Club, but that wasn’t good enough for Mal Jones, who started to agitate for a statement.”

Soon enough, the group decided the best way to make this statement would be to dump the day’s haul on the steps of the county courthouse. “We hopped out and started to shovel and sweep our grubby cargo onto the short brick pathway that leads to the building’s front door … While we were still unloading, I noticed a tall policeman approaching slowly — time enough for me to mutter a warning to the rest of the gang. It was Jim Arena, chief of the Edgartown Police Department, known far and worldwide as Chief Dominic J. Arena, thanks to his role in the investigation of Teddy Kennedy’s tragic accident on Chappaquiddick [nine] months earlier. I braced myself for who knew what.”

Griswold and his crew convinced Arena that they were making a “statement,” and as soon as they were done dumping the trash, they’d photograph it — to show people just how much there was on our roadways and beaches — then they’d clean it up. Arena let them go.

You’ll hear that Earth Day jumpstarted myriad environmental legislation bills, and that Nixon would go on to establish the Environmental Protection Agency.

In fact, it wasn’t until the Kent State shootings a couple weeks later — where government troops shot students protesting the Vietnam War — that outraged citizens marshalled the political power they’d exercised on Earth Day. The power in numbers was clear, the mistrust of our government real. After Kent State, Americans took to the streets and campuses to protest the war, and environmental causes dropped off the front page.

But that summer, the Earth Day organizers launched a campaign against a “dirty dozen” members of Congress who they identified as having terrible environmental records. “With a miniscule budget but unbounded energy,” original Earth Day organizer Denis Hays wrote in a recent editorial in the Seattle Times, “and to the utter astonishment of the political establishment, we defeated seven of the 12 incumbents … The political triumph made clear to congress that Earth Day had not been just a frolic in the park.”

Within a month of the 1970 midterm elections, the Nixon administration established the Environmental Protection Agency and the Clean Air Act passed the Senate unanimously. Soon after, and in the decade following, Congress passed the Clean Water Act and dozens of other bold laws that changed the direction of the U.S. economy “more profoundly than any other period in history,” wrote Hayes, “except perhaps the New Deal. And the New Deal was pushed by a wildly popular president whose party controlled both houses of congress. The environmental revolution came from the grassroots up.”

So here we are in the time of coronavirus, a global pandemic that has paralyzed and even further polarized our nation. How do we mark the day?

In an opinion piece in the Sunday New York Times, Rhiana Gunn-Wright, the director of climate policy at the Roosevelt Institute, echoed Denis Hayes’s assertion that this crisis offers an opportunity, and perhaps the sort of energizing rage and velocity, that the specter of our government shooting its own citizens at Kent State ignited: “COVID-19 and the economic collapse it has caused have laid bare how connected our problems are. Congress and the Federal Reserve are not going to lay out trillions of dollars, over and over, in perpetuity … We need to design the stimulus not only to help the U.S. economy recover but to also become more resilient to the climate crisis, the next multi-trillion dollar crisis headed our way.”

Pandemics will occur more often when climate change is unabated, Gunn-Wright wrote. “Warming and changing weather patterns shift the vectors and spread of disease.” But beyond addressing the very real cascade of climate change impacts — methane emissions, air pollution — which will make pandemics worse, and exacerbate the tangled, twinned tragedies of environmental offense and racial injustice, there’s a real economic reason to support something as sweeping as a Green New Deal: “Addressing climate change doesn’t have to slow down the economic recovery,” Gunn-Wright wrote. “In fact it can push it forward. No one knows the depth of the recession, but it is hard to see how we will put 16 million people who have filed for unemployment back to work without significant public investment. If history is any indication, rebounding from an economic disruption this large requires an equally large spike in demand and production. Outside of war, climate change is the only issue large enough to provide such a spike … A climate-focused economic recovery — much less a coronavirus response that acknowledges the climate crisis — could require a new Congress and a new president, a tall order in an America this divided … It’s past time to elect leaders who are fit to handle the crises we face.”

The other day, thinking about writing this piece, and thinking about Earth Day, I listened to Carl Sagan’s “Pale Blue Dot,” an ode to a view of the planet, which appeared the size of a pixel in a photograph taken in 1990 by the Voyager space probe.

“Look again at that dot. That’s here. That’s home. That’s us. On it everyone you love, everyone you know, everyone you ever heard of, every human being who ever was, lived out their lives. The aggregate of our joy and suffering, thousands of confident religions, ideologies, and economic doctrines, every hunter and forager, every hero and coward, every creator and destroyer of civilization … on a mote of dust suspended in a sunbeam. The Earth is a very small stage in a vast cosmic arena.”

I thought of the reverence for the Earth the early organizers established on April 22, 1970, and how to wrap my head around all that is happening today in our world, how to conjure the awe and devotion Sagan invoked. Just what to do about the Earth, on Earth Day.

“Our posturings, our imagined self-importance, the delusion that we have some privileged position in the Universe, are challenged by this point of pale light,” Sagan continued. “Our planet is a lonely speck in the great enveloping cosmic dark. In our obscurity, in all this vastness, there is no hint that help will come from elsewhere to save us from ourselves.

“The Earth is the only world known so far to harbor life … Like it or not, for the moment the Earth is where we make our stand. There is perhaps no better demonstration of the folly of human conceits than this distant image of our tiny world. To me, it underscores our responsibility to deal more kindly with one another, and to preserve and cherish the pale blue dot, the only home we’ve ever known.”

So, what to do about Earth Day? Let’s start with not throwing trash out our car windows. No nips, no surgical gloves, no cardboard recyclable takeout food containers. Better yet, go pick up trash. By yourself. Wearing gloves. VCS has some ideas here,  IGI here,  Community Services here,  Island Grown Schools here, and Sheriff’s Meadow Foundation here. Fill out the census and make sure your voice counts.

But in honor of the original mission of Earth Day, in honor of the pale blue dot where everyone you love lives, where, despite Rachel Carson’s gravest fears, birds still sing in a suddenly not-so-silent spring, think about what you can do to change our world. Figure out who you want to elect in November, and get to work. Consider helping elect representatives and senators to defeat those who recently gave $58 billion to prop up an airline industry but who refused to include any climate protections in the CARES Act. Support candidates who would have opposed rolling back landmark bills and acts signed over the last 50 years — Clean Air, Clean Water — that previous administrations from both sides of the aisles recognized we needed in order to save our planet. Donate, sign up, make plans to get it done.

And let’s see what we can all do, together — each one of us — with our own precious Earth — our only one.

Are we invested in county government?