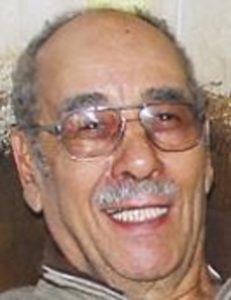 Junior, as he was lovingly called, was born in Springfield, where he worked as a machinist. After many years in Springfield, he and Shirley moved to their beloved Martha’s Vineyard, where he was the proud owner of Graves Machine and Tool. When not at his shop, he could always be found on a beach or bridge fishing, as he was an avid fisherman and outdoorsman. He won first place in the National Field Archery Association’s Massachusetts State Championship in 1997, and scored in the top three in several other New England archery competitions. He was a former vice-president of the Martha’s Vineyard Rod and Gun Club, and served as a board member of the Chappaquiddick Sportsmen’s Club. After retirement, he relocated to Sarasota.

He was preceded in death by his parents, Robert Sr. and Laura Graves; sisters Thelma Freeman, Loretta Armstrong, and Estelle Webb; his first wife, Shirley Hinson Graves, and sons Joel and Keith Graves. He is survived by his wife, Ellie Jenkins Graves. Junior and Shirley were blessed with eight loving children; surviving him are Robert III, Phillip (Debbie), Kathy (Doug), Michael (Mildred), Peter (Joyce), Laura (Jeff), and three stepchildren. He also leaves to cherish the memories and mourn his passing his beloved sister Barbara Webb and sister-in- law Maurita Bledsoe; as well as a host of grandchildren, great-grandchildren, nieces, nephews, cousins, and dear friends.

Due to COVID-19, a memorial service for his remains will be held at the Oak Bluffs Cemetery, and will be announced in the spring or summer of 2021.

In lieu of flowers, donations in his name may be sent to the Martha’s Vineyard Rod & Gun Club, P.O. Box 1799, Edgartown, MA 02539-1799. The nonprofit club promotes safety in fishing, hunting, archery, firearms use, and boating.