The body of longtime Martha’s Vineyard Airport employee Adam Friedman was found in West Tisbury Saturday, according to a statement from the West Tisbury Police Department.

Sgt. Matthew Gebo of the West Tisbury Police Department confirmed that a member of a civilian search party found Friedman. According to a statement posted on the department’s Facebook page, Friedman was found at approximately 12:05 pm.

Gebo confirmed the case has been referred to the Massachusetts State Police Cape and Islands Detective Unit.

“We thank all of those who assisted us in the search for Mr. Friedman. Our condolences to Mr. Friedman’s family and friends during this difficult time,” the statement read.

Friedman was an operations specialist at the Martha’s Vineyard Airport. He was responsible for maintenance of the airport, fueling aircraft, firefighting support, and other duties.

“My entire aviation career I’ve been working with Adam,” Martha’s Vineyard Airport director Geoff Freeman said. Freeman described Friedman as “a friend outside work.” He said the staff of the airport participated in the search.

Freeman extended thanks to the West Tisbury and Edgartown police departments for their hard work. 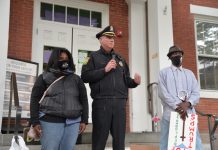 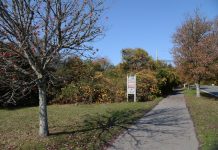