Lynn Gatchell passed away peacefully on Sept. 30, 2020, surrounded by her loving family holding her hands and telling her stories. 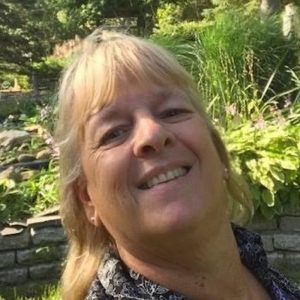 Lynn met Rob Gatchell in the fall of 1973, and the rest, as they say, is history. Actually, no, this wouldn’t be an obituary about a Gatchell without the full story, so here we go: Rob was in New Jersey at a going-away party for a buddy joining the Navy. A few weeks later, when he was back on-Island, he received a letter from Lynn. Although they had not met at the party, she was taking the initiative to gather letters for the friend joining the Navy so he wouldn’t feel homesick heading off to his next big adventure. Rob was touched by the thoughtfulness of this woman, and wanted to know more about her. Letters were exchanged. Photos were sent. And before you know it, they were spending the holidays together, visiting Rob’s family. Everyone in the family was so quickly enamored with her that it should be no surprise that Rob proposed just a few short months later, on Good Friday in 1974, and they were married on Oct. 19 that same year. How is that for a whirlwind romance?

Lynn became a mother on July 4, 1981, to her son Kyle. She would go on to tell him that all the hullaballoo with the parades and fireworks was to celebrate him, which was a brilliant way to add a little extra fun to his birthday and give her laugh in the process. As a family, they took many trips to Disney World, where they undoubtedly felt more at ease, around a bunch of characters. Illumination Night, the Oak Bluffs Fireworks display, and many other community-based events benefited from the Gatchell work ethic and commitment to our dear island. There may not be one Island family who has not been touched in some way by the annual Christmas lights display at their home on County Road. Part festive gathering, part fundraiser for the Island Food Pantry, for many families this has been a go-to destination for decades. Many of Lynn’s students have become parents themselves, and bring their own children to see the lights.

Lynn’s commitment to the future of Martha’s Vineyard was evident even in her profession, as she was a fifth and sixth grade science teacher at the Tisbury School from 1975 to 2012. She also worked with the Massachusetts Association of Science Teachers throughout her career, holding the position of president for a while. Lynn had a passion for education that extended beyond seeing her students do well academically; a formidable opponent to standardized testing, Lynn wanted to see her students become critical thinkers and problem solvers. Her former students will tell you that she pushed everyone to be the best version of themselves.

Lynn fought a long, hard, three-year battle with cancer. Despite the constant pain and discomfort, she never lost hope of getting better. She also never lost her sense of humor. Lynn’s is a legacy of laughter, speaking your mind (you can take the girl out of New Jersey …), and creating your own community wherever you find yourself.

She leaves behind her loving husband, Rob; her son Kyle, his wife Jennifer, and their two undeniably Gatchell children, Alison and Jacob; her sister Alice and her family; her sister Janet; her brother Richie, and his wife Tracy; and countless friends, neighbors, and acquaintances from M.V. to Florida, who will miss swapping stories over a cup of tea (or glass of wine, depending on the time of day) with her.

Following Lynn’s wishes, there will be no funeral. In lieu of services, the Gatchell family asks that you call a friend to catch up, watch your favorite Disney movie, and consider donating to support the incredible efforts of the Island Food Pantry, P.O. Box 1874, Vineyard Haven, MA 02568.