This place has always been an integral part of my being. I grew up for most of my young adult life in New York City, and then I moved to Los Angeles and spent time there, but would come here in the summers. Then, 20 or something years ago, my parents bought a house here in Oak Bluffs, so we became permanent residents. I have an art gallery here. I have an art career and a musical career here. I’m a singer as well. I’ve been part of the creative community here for a long time.

The first time I ever got my shoulder broken was while riding a horse at Scrubby Neck Farm. It was a little Arabian pony that did not like me at all. He threw me off his back, went a few feet ahead, turned back around and ran back over my shoulder. This was like Thanksgiving when I was 7, so I’ve been here a long time. When I was a kid, I had a bike. And I used to ride all over the Island with my friends, or by myself or whatever. And I still have a bike. So every summer that comes around, I still ride my bike around the places I rode my bike when I was 7. And it reminds me of that time.

Most of my racist s___ here has gone on intraracially, actually. It’s been more with my relationship with Black girls than it has with white people. Let me give you an example. About four years ago, I was on Circuit Avenue, and I’m a photographer, among other things. I like to capture the moments of life. So I’m standing outside of Fat Ronnie’s and just hanging out, and I see these three black women who are plus-size sisters. They have on hot pants, two of them had pink patent leather pumps and hot pants, and little shirts hanging off the shoulder. They have their hair done and everything. They got out of the car, and I thought they looked fly. Now, I am also aware, because I am a homeless advocate, and I’ve been photographing homeless people for years, I know there’s a point where you can’t see people’s images. So I [photographed] them in the shadows, where you couldn’t see their faces, but I did get their outfits because I thought they were fabulous.

I put the photos up on Facebook that had to do with Black people on Martha’s Vineyard. Some women, who were definitely light-skinned, went off on me. And we ended up shutting the site down, because I ended up having a fight with this woman who was like, “Oh, we don’t do that on the Vineyard. They’re ghetto. We don’t wear those kinds of clothes on the Vineyard.” Like, what are you talking about? They pay as much money every week as you do, they can wear whatever they want. I can take pictures of whoever I want. Now the whole reason I’m telling you this is because there was a whole lot of, like, intraracial hate as well. I don’t know whether it’s racial, because when Black people don’t like each other, what do you call that? Racism? Or do you call it classism? I don’t know what you call it.

As a person of mixed race, to the point of ‘how do you deal with people not knowing you’re Black,’ I don’t call myself Black. I call myself colored. Because I’m not Black. Have you seen my skin? How do you f______ call me Black? Excuse my French. I have no desire to pass as anything, and I still am a woman of color. And I still have to deal with racial bias and class bias that come with who I am and what I’ve inherited in my life.

That’s why I get to see a little secret side of this Island. I’m a secret agent for Black people. That’s what I call myself — incognegro. Suesan Stovall, professional incognegro. I come at people and I let them run their mouths. You know how they say, ‘Give a person enough rope and they’ll hang themselves’? I do that all of the time. But at the end, I will let them know who they have just been speaking with.

Sexism and racism sometimes go hand in hand. It depends on the situation. There was this writer here. He wrote this book, I forget the name of it, but my ex’s grandmother told him he needed to find me because she knew who my mother was [journalist Charlayne Hunter-Gault], and knew that I could get the book to Black people of literary muckety-muckness. What he didn’t realize is that I vet all things people give to me, because people come to me all the time trying to get to my mother. I will only pass on things I believe in. Anyway, it was a story [that involved] talking about race and the [19th century], so clearly the word ‘n_____’ is going to come up every now and again. Right? But it was used so gratuitously, just so many times. Like, we got the point. We know they said it, but I couldn’t have kept count of how many times it was used. It turned me right off. And I read the whole thing. I said, “There is no way that I can forward this book to the people that you want me to forward it to, because they’re not going to get past how many times you’ve used the word ‘n_____.’” And so then he actually says to me, “Oh, you’re just an angry Black woman, aren’t you?” And I said, “Sweetheart, you know what? I’m not giving your book to anybody.” He was as white as white can be. He called me an angry Black woman because I objected to the gratuitous use of the word, and criticized him for it. I open my mouth against what somebody’s saying or to challenge people, and they say, “Oh, you’re just an angry Black woman.” Well, I guess I am, then. OK, fine. That’s all you can come up with, I’ll take it for now. I wish you could be a little more creative. 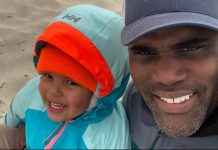