A framed photo of Lili Colette still hangs on my office wall. She was a sweet little French bulldog, one of the first of the breed I came to know well. Back in 1998, Frenchies, as the diminutive pug-faced dogs are often called, were not particularly common on the Vineyard. Or maybe I just hadn’t met many. The breed is thought to be descended from a type of toy English bulldog that was popular with lace-makers around the city of Nottingham, England, in the mid-19th century. One theory is that there were just so many toy bulldogs being bred there that they began exporting them to France. Others say economic conditions in England caused many of the lace-makers to move to the continent, bringing their little dogs with them to France. In any case, the toy bulldogs were crossbred over many years with several other types of dogs and eventually arrived at their current appearance.

Dubbed the “Boule-dogue Francais,” Frenchies became so popular as house pets, you can even find them in paintings by such celebrated artists as Edgar Degas and Toulouse-Lautrec, right alongside all those ballerinas and can-can dancers. Okay, maybe not on the same canvases, but in the same museums.

The most distinctive features of the French bulldog are their large, erect “bat ears” perched atop a solid square head. They typically weigh in at around 20 pounds and AKC standards allow for any combination of color except totally black. Personality-wise, I have always found Frenchies to be friendly, fun-loving, and intelligent. When Lili was in her later years, she had back problems that made it hard for her to navigate the long polished wooden staircase to the second floor. Her owners installed an ingenious apparatus that looked like a cross between an elevator and a dumb-waiter. When Lili needed to go up or down, she would hop aboard, then sit patiently and unperturbed as the motorized device transported her effortlessly to her destination. That’s a smart dog.

After Lili passed, I didn’t see too many French bulldogs, but in the last few years they seem to be having a surge in popularity in both the United States and Great Britain. I’d love to see a psychology study about what causes such trends in people’s breed preferences. I get when folks are influenced by a specific animal that is in the public eye. Lassie brought more collies. Beethoven, more St. Bernards. The Budweiser beer dog, more bull terriers. But why Frenchies? Maybe during the pandemic, as we sit home in our sweatpants, people are nostalgic for a time when elegantly dressed Parisian women socialized in quaint cafes with their little Frenchies in tow. Maybe it’s because Frenchies are amusing, don’t need a lot of exercise, and are content hanging out binge-watching Netflix with the family. Whatever the reason, I seem to be meeting a new generation of these adorable puppies. Adorable brachycephalic puppies.

Brachycephalic. Well, how’s that for a big word? Brachy means short. Cephalic means head. Brachycephalic breeds come in all shapes and sizes but their defining feature is some degree of abbreviated pushed-in snouts and short skulls. The list includes dogs as big as mastiffs or as small as pugs. There are bulldogs and boxers, shih tzus and lhasa apsos. Japanese chins and Cavalier King Charles spaniels, and many more. But whether guard dogs or lap dogs, all the “pug-faced” breeds are susceptible to a variety of respiratory issues that result from their facial anatomy.

Snorting, snoring, snuffling, grunting, wheezing. More than half of owners of brachycephalic dogs consider this “normal.” Even we veterinarians often call it “normal for the breed.” But the truth is in many cases these compressed faces lead to Brachycephalic Obstructive Airway Syndrome or BOAS. BOAS has three main components — an elongated and thickened soft palate, very small nostrils (technically called stenotic nares) and, in severe or chronic cases, changes in the larynx called everted laryngeal saccules, or even laryngeal collapse. Dogs with BOAS exhibit significantly difficult and noisy breathing, and heat and exercise intolerance. They  have a shorter life expectancy and greater risk of dying from upper-airway disorders or from heat stroke than all other breeds. They should avoid strenuous exercise and excitement, especially in warm and/or humid weather, They also are at greater risk for complications with anesthesia, including death, so even “routine” surgeries like spays and neuters can be life-threatening.

So what do I advise the owner of Henri, that really cute Frenchie puppy, who wants to do the best for her new friend? Recent studies suggest more than half of all Frenchies have clinically significant BOAS. Henri certainly appears to have moderately stenotic nostrils and snorty respiration. Will that change as he grows up? In my day we were taught to let an animal reach maturity before considering corrective surgery. Was this still the right approach? Henri’s mother had heard there might be a surgical intervention that should be done earlier.

I called Cape Cod Veterinary Specialists for advice.The surgeon there said they usually wait until about 10 months of age, at which time they often combine neutering surgery with whatever BOAS interventions are then deemed necessary. (Dogs with BOAS should not be bred.) Depending on the severity of the respiratory signs, the appearance of the nares, and assessment of the soft palate by the surgeon (which can only be done under anesthesia), corrective surgery might include enlarging the nostrils and trimming the elongated soft palate. The surgeon would also evaluate the condition of the larynx at that time. I left a message for the surgeons at the Foster Hospital for Small Animals at Tufts Cummmings School of Veterinary Medicine as well. I’m waiting to hear back if their recommendations are the same, and to see how Henri does as he grows. These procedures are not without risk, and should only be performed by experienced board-certified veterinary surgeons, but they may give Henri a better quality of life and, ultimately, a longer life. Merci beaucoup. 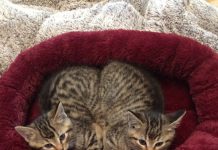 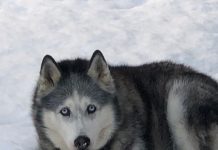 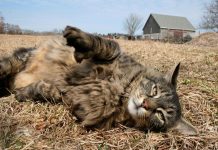