A new act governing Massachusetts police has been signed into law by Gov. Charlie Baker. The governor sent the first draft of the act presented to him back to the legislature over disagreements about law enforcement’s use of facial recognition technology, and the oversight of a committee charged with policing the police.

The most significant element of the act is the formation of a special commission to oversee standards for police officers, to be known as the Massachusetts Peace Officer Standards and Training Commission. It will be an independent state agency that, according to State House News Service, will “establish policing standards, certify law enforcement officers, investigate allegations of misconduct, and suspend or revoke the certification of officers who are found by clear and convincing evidence to have violated its standards.”

After a bit of a power struggle between the legislative and executive branches of the commonwealth, it was decided the commission would serve under the authority of the Executive Office of Public Safety and Security.

“The so-called POST Commission will be composed mostly of civilians — the governor will appoint a police chief, a retired Superior Court judge, and a social worker chosen from a list of five nominations submitted by the local chapter of the National Association of Social Workers; the attorney general will appoint a law enforcement officer below the rank of sergeant, a law enforcement officer chosen from five nominations by the Massachusetts Association of Minority Law Enforcement Officers, and an attorney selected from five nominations from the Civil Rights and Social Justice Section Council of the Massachusetts Bar Association; and the governor and attorney general will jointly appoint three others, one of whom must be chosen from five names recommended by the Massachusetts Commission Against Discrimination,” State House News reports.

“This bill is the product of bipartisan cooperation, and thanks to the Black and Latino Caucus’ leadership on the hugely important issue of law enforcement accountability, Massachusetts will have one of the best laws in the nation,” Baker said in a release. “Police officers have enormously difficult jobs, and we are grateful they put their lives on the line every time they go to work. Thanks to final negotiations on this bill, police officers will have a system they can trust, and our communities will be safer for it.”

“After the horrific killing of George Floyd and the swelling chorus of people from all walks of life demanding Black Lives Matter,” Senator Julian Cyr said via a newsletter, “the Massachusetts Senate and House moved swiftly to pass a police reform in July. After months of negotiation between House and Senate versions, An Act relative to Justice, Equity, and Accountability passed both legislative branches, and was signed by the governor on Dec. 23. The law creates an independent, civilian-led commission to standardize the certification, training, and decertification of police officers, bans the use of chokeholds, limits the use of deadly force, creates a duty to intervene for police officers when witnessing another officer using force beyond what is necessary or reasonable under the circumstances, and takes steps to break the school-to-prison pipeline.”

“Aside from the creation of a formal licensing system for police officers,” Edgartown Police Chief Bruce McNamee said, “a lot of the recommendations and prohibitions in the Police Reform Bill actually affirm the operating practices that all of the Island police departments have been functioning under for years.” McNamee hoped it would “be a source of comfort to our residents to know that their officers have been working under these conditions for a long time now.”

He went on to say, “There are several aspects of the bill that have yet to bear themselves out, namely the report on body-worn cameras, which is due out at the end of July. A lot of police departments around the state will be looking to that study to aid them in any future rollout of cameras that they may elect to undertake.”

In a statement to The Times, Dukes County Sheriff Robert Ogden wrote, “As Sheriff of Dukes County, I am grateful for the opportunity to share my thoughts on Senate Bill 2963, enacted by the legislature. I join my fellow sheriffs of the commonwealth and the Massachusetts Sheriffs Association, echoing the sentiments MSA has shared: ‘As sheriffs, we stand united in our recognition that there is a great need to restore trust between all law enforcement agencies and all communities, particularly those of color. The elected sheriffs of the commonwealth represent the longest-serving peace officers in Massachusetts. We have demonstrated a commitment to protecting public safety and directly responding to the needs of our respective communities, and are dedicated to a collaborative approach to ensure injustices are not repeated.’”

Local activist Lisette Williams waxed positive about the new law, calling it a “good first step” toward racial justice. “What I like about the bill is that it includes the establishment of the first-ever civilian-led police oversight board, that has subpoena power and the authority to decertify police officers,” she wrote. “I like that the new bill includes a duty for police officers to intervene when they witness excessive force being used. In addition, I like that racial profiling and no-knock warrants are banned with the new police reform bill. That being said, the fact that police officers will still be protected from civil litigation when excessive force is used is a problem — this is the main part of the bill that I do not like. In my opinion, qualified immunity must be re-evaluated. Again, the passing of this police reform bill is not the change that we’ve been advocating for, but a very necessary step toward actualizing it. There is still much work to be done, and it will take us all to move the needle forward.” 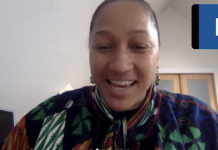